Grace's Tattoo: Anita Berber, in the Service of Poetry 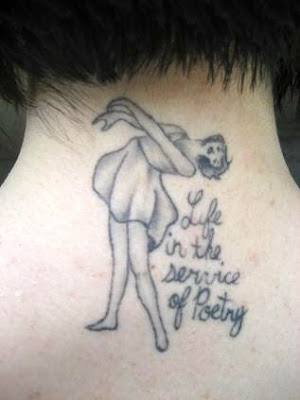 On Wednesday, April 23, New York City simmered in pre-summer warmth and, while my camera was at the park with the wife and kids, I was stuck at work.

Co-worker Cecelia (tattoo-less, as far as I know) was kind enough to lend me her Canon and, during lunch, I met a young woman named Grace who had the extremely interesting piece (above) on the back of her neck.

Grace explained: the woman is Anita Berber, who was, in her words, "a cabaret whore lady in the '20's". 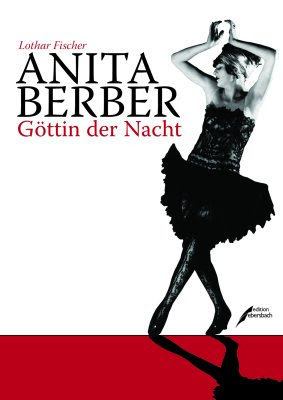 Grace, a student at Fashion Institute of Technology, explained further that the quote is not literally interpreted by her, but that she regards it more generally: "Living for whatever you think is beautiful," whether it be poetry, or some other form of artistic expression.

This tattoo (one of Grace's two pieces) was inked by Nick Males at Silk City Tattoo in Hawthorne, New Jersey.

Thanks to Grace for sharing Ms. Berber with Tattosday!
Posted by Tattoosday at 3:35 PM