A Tropical Tattoo on a Cold Winter's Day 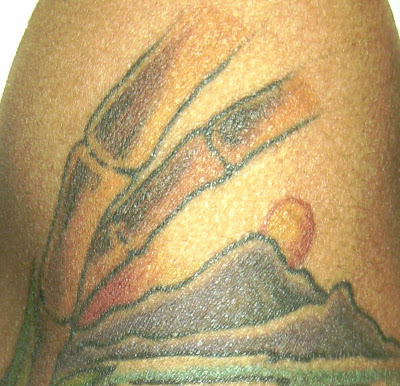 While making a quick pass through Penn Station at lunch, I spotted this sweet tattoo on a guy waiting for his train: 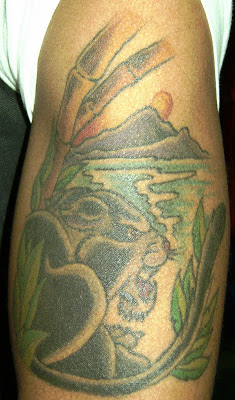 Steph is a student out on Long Island who designs and draws up his tattoos and then has them inked.

The piece featured above was the first one that I spotted on him (he has eight in all), and he was willing to share it here.

Perched on his left bicep, It depicts a tropical setting, with bamboo and a panther, the main element in the tattoo.

This particular design was inked about two years ago by Chris at Tattooing by Richie in Elmont, Long Island.

Previous work from the shop has appeared here.

Thanks to Steph for sharing his self-designed body art with us here on Tattoosday!
Posted by Tattoosday at 11:59 AM