Just a brief note...despite the Tattooed Poets Project for National Poetry Month, I still plan on spotting ink on the streets of New York, and posting it here. This is one of those posts....

I ran into Anthony outside of Madison Square Garden on Thursday, April 9, during the lunch hour.

He is a skateboarder with four tattoos, the most visible of which curves around his inner right forearm:

This tattoo features the pentagram logo for Thrasher magazine, a periodical devoted to the skateboarding lifestyle. 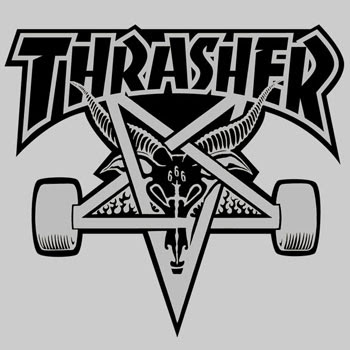 He added the "Skate and Destroy" text to the banner below the design, as it is a popular creed among skaters, and graces some Thrasher merchandise: 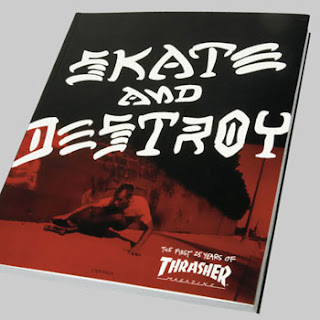 Anthony, who has been skateboarding for nine years, had this tattoo inked to commemorate his passion for the sport. The piece was created at Addicted to Ink in White Plains, New York and tattooed by Mike.

Thanks to Anthony for sharing his tattoo with us here on Tattoosday!