It's a Blog World, After All

It's not unusual to occasionally run into someone who's been featured on the blog before, especially in my neighborhood, but this morning I ran into four former Tattoosday subjects. So, out of sheer laziness and the desire to share these encounters, we'll be revisiting these old posts. 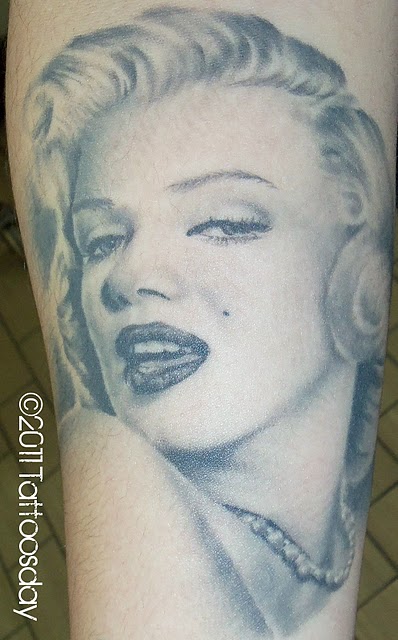 Then, I ran into James and . James was also a laundromat encounter, although his son went to school with my youngest daughter, so we had seen each other around the neighborhood a lot. Today I ran into him about a block from the laundromat. James was here on Tattoosday in our second post, back in 2007! It's worth checking out here, just to get a perspective of what the site was like "back in the day."

James was walking with his girlfriend, Jeanette, who I met on the subway in 2009, and featured here. What's remarkable is that, at the time, James and Jeanette were not a couple, and I only learned they were together almost a year later, when I ran into James and he told me that his girlfriend had been featured on the site as well.

So, there you have it, folks. Small world, Tattoosday-style!


This entry is ©2011 Tattoosday.
If you are reading this on another web site other than Tattoosday, without attribution, please note that it has been copied without the author's permission and is in violation of copyright laws. Please feel free to visit http://tattoosday.blogspot.com and read our original content. Please let me know if you saw this elsewhere so I contact the webmaster of the offending site and advise them of this violation in their Terms of Use Agreement.
Posted by Tattoosday at 12:21 PM