This past weekend, the 4th Annual Urban Tattoo Convention (UTC) was held for the first time in Brooklyn, in a cool refurbished factory space that is part of the up-and-coming "Industry City" section of my fair borough.

After chatting with organizer, Al Fliction, don't be surprised if the UTC returns next year to the same venue. He was really happy how things had been going after the first two days of the show.

I didn't know what to expect, honestly. But I had a really great time on Saturday, when I spent the most time at the show.

Walking in, I was very impressed by the bright, open space that the venue afforded: 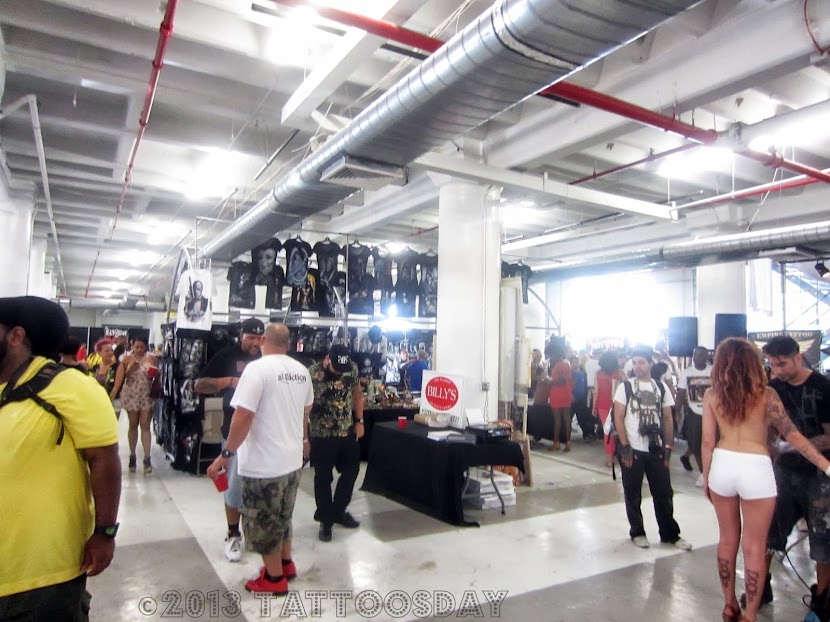 The booths were laid out nicely and there was little feeling of claustrophobia. Behind the main room was a huge courtyard that allowed people to congregate, eat, drink, and take a break from the visual overload in the main convention room: 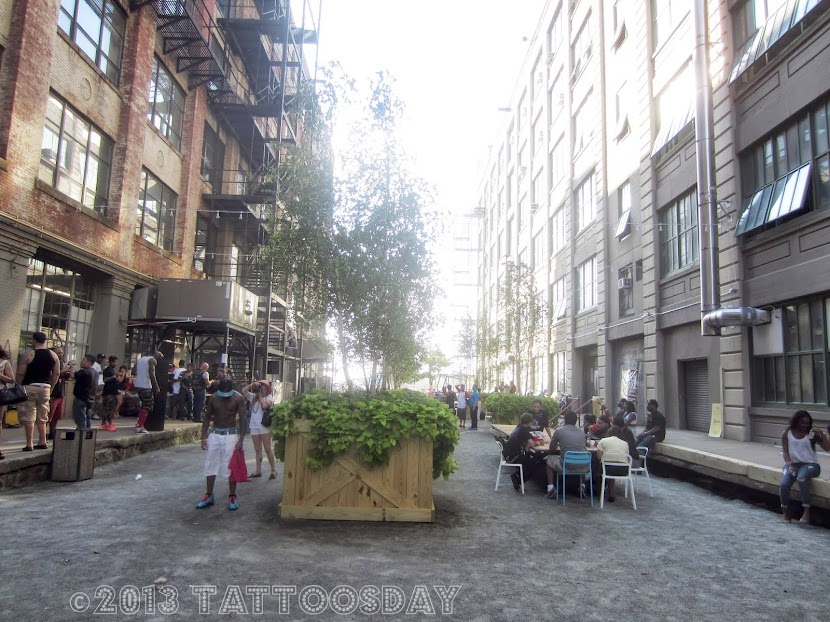 You may have noticed in the top photo that there appeared to be a topless woman standing on the convention floor, with someone attentively staring at her chest. Actually, there were a handful of models being body-painted by several artists, culminating in a competition on Saturday evening.

The UTC is an event that really celebrates and showcases work from a lot of artists and tattoo enthusiasts who are from communities not always represented by the mainstream tattoo media.

Case in point, I had a great discussion with K.C. Washington, owner of Brooklyn-based Noir A-Go Go, a company dedicated to "selling Black pinup girl-themed compact mirrors, greeting cards, magnets, and more." Her business "puts the black in the magic that is 50's Americana." When I stopped to think about it, I realized that the standard idea of the pin-up model is predominantly White. I love how Noir A-Go Go is committed to breaking down this cultural stereotype and celebrating a look that has previously been associated mostly with one segment of the population. You can check out their products at http://www.noir-a-gogo.com/.

I also ran into my old friend, Ry, who was working the bar for the show. People may remember him as the human canvas who was a pivotal plot point in the "Botched Head Tattoo" episode of Inkmaster, on which we both appeared. 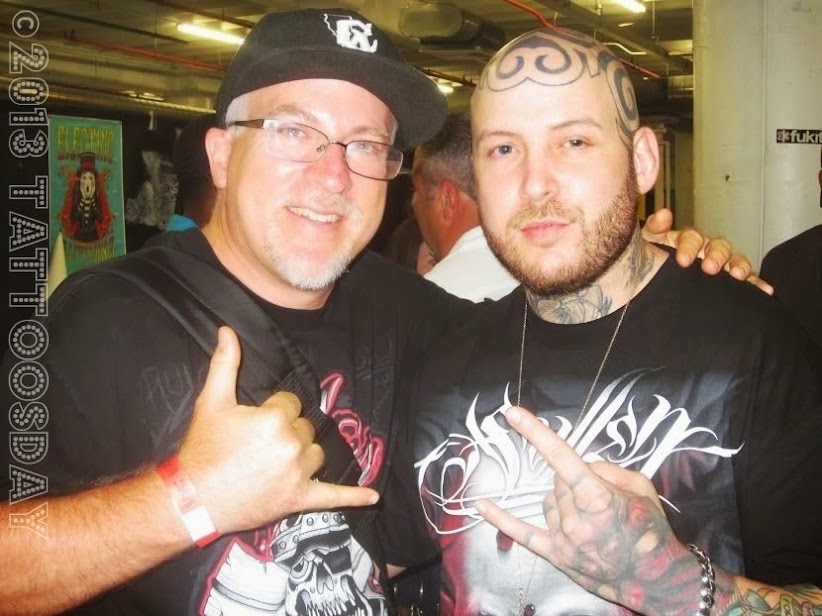 But, as you might expect, the high point of these shows are the tattoos. I will have a bunch of stand-alone posts later this month from people I met at the show. Plus, I'll have more comments from Al Fliction about the success of the show.

The high point of the evening for me, was running into my friend Phil, who I knew before he took up a tattoo machine, and started working as an artist. Let's just say, he and I spent several hours together at the show, and I will share what he worked on tomorrow.

Posted by Tattoosday at 3:36 PM