Here's another piece from a co-worker: 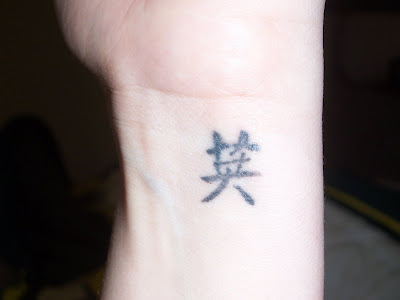 Earlier this year, in May, she was hanging out with some friends at a bar in Hoboken called Mikie Squared. One of her friends, Christian, was talking about tattoos. Brooke has two koi on her back (subject for a later post, hopefully) and another friend at the bar, Bill, admitted he did not have any tattoos. One thing led to another, and Bill posed the question to Brooke, "If I pay for it, will you go get a tattoo right now?" Brooke was game and agreed, without hesitation.

They called around but couldn't find any shops that were open. So the proposition died. Or so Brooke thought.

The next day, Bill called her and asked her if she was still up for the tattoo. "Sure," she said, and the rest is history.

The funniest part of the story, in my opinion, is that, on occasion, if Brooke's out with Bill and other friends at a bar, Bill will ask people, "You wanna see my tattoo?" When they say okay, Bill grabs Brooke's arm and shows them the tattoo.

The tattoo was inked by Robbie at Hoboken Body Art. 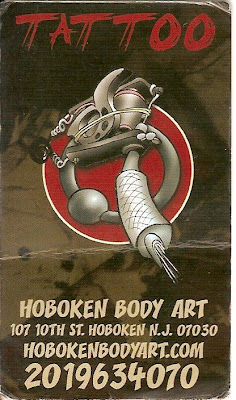 This kanji cost $75 and Brooke actually went back a few months later because she wanted it darkened. They re-inked it for free, an impressive pro-customer move.

Brooke chose the kanji for "courage" to represent the courageous act of leaving the relative "safety" of Utah for the faster-paced and exciting life of the Tri-State area. She likes having it on her inner wrist because she sees it all the time and it is a constant reminder to her to always be courageous in life.

Of course, Tattoosday has had its share of kanji tattoos in our short existence. The problem with kanji tattoos are that they are prone to errors and misinterpretation. It's hard to throw a cyber-rock on the web and not hit a story about an ill-inked kanji tattoo.

This one, however, seems correct, much to my relief. It would suck to have to tell Brooke her tattoo doesn't mean "courage" but "angry goat" or something silly. 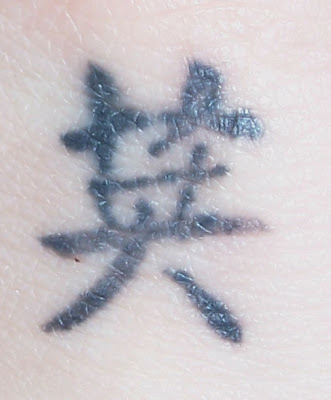 Which is pretty close to this piece on the web: 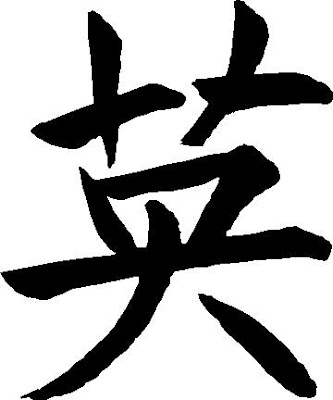 Still, I like to get a second validation, which I found here:

Below are some of the characters styles you can choose for your "Courage / Bravery (alternate)" calligraphy when you select this option...

You can see from the above selection the differences in the same character, done in the different kanji styles (each labeled ____ Shu).

Kanji tattoos continue to simultaneously intrigue and befuddle me. Thanks to Brooke for sharing her courage with me.

Posted by Tattoosday at 4:35 PM