Repost for Memorial Dsy: A Traditional Naval Tattoo on a 21st Century Ship

This post originally appeared on November 7, 2009. I felt it was appropriate to re-post on Memorial Day, 2011: 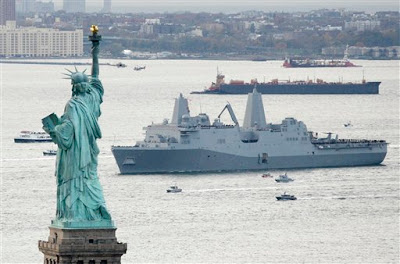 The USS New York was put into service today by the United States Navy.

Her hull was forged with steel salvaged from the rubble of the World Trade Center.

It's a momentous occasion indeed, and several crew members were in attendance with dignitaries earlier this week at the World Series.

As is happens, I noticed a gentleman in uniform outside of Madison Square Garden earlier in the week and he had this tattoo on both hands: 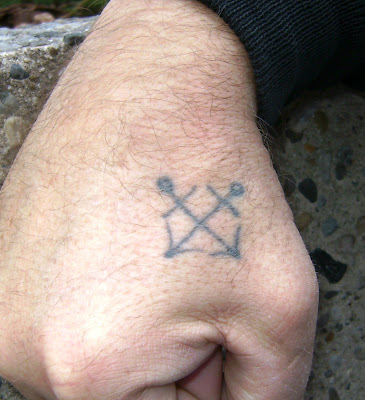 Turns out, the tattoo was modeled after this naval pin, which represents the rank of Boatswain's Mate, worn on the lapel: 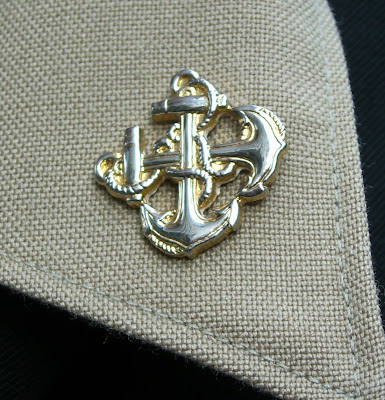 The gentleman, whose name is Fred, serves on the USS New York, as the more commonly-known title of Ships Bos'n, and it seems appropriate to post this tattoo today as the ship officially enters the naval fleet.

Fred has been in the service for 26 years, and has seven or eight tattoos all told.

As Ships Bos'n he works with mission systems on amphibious maneuvers.

I thank Fred for his service to our country, as well as his willingness to contribute to Tattoosday. We wish him well as he serves with pride on the USS New York!
Posted by Tattoosday at 12:01 AM