May the Fourth with Anthony's Astonishing Star Wars Canvas

It's May the 4th, the day when, in the past, we have occasionally celebrated Star Wars tattoos and, this year, we have a special treat. Last month, I was introduced to Anthony, who a mutual friend advised had some amazing Star Wars tattoos. Boy, was he not exaggerating. Check this out: 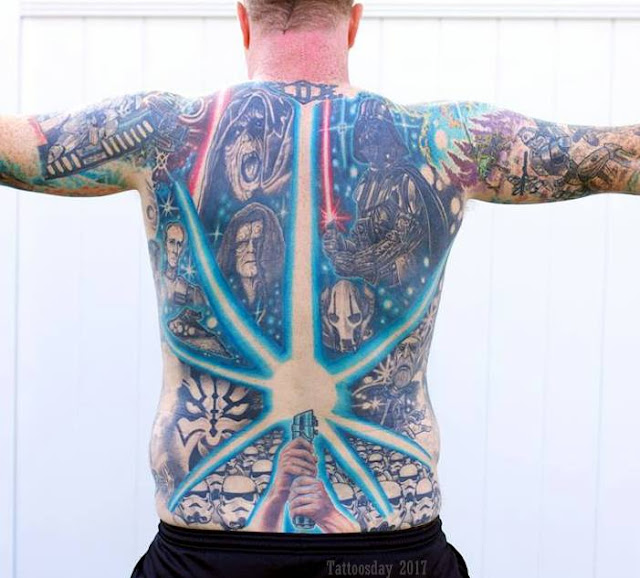 I mean, come on! Even a person unfamiliar with the Star Wars universe has to recognize the mastery in this tattoo work.

The detail is just incredible: 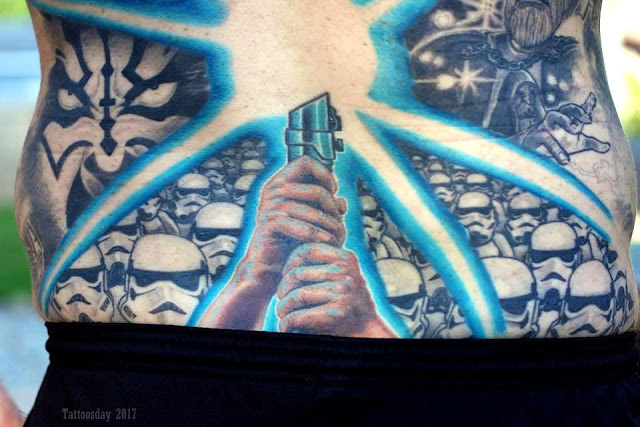 And Anthony's work blends into his sides: 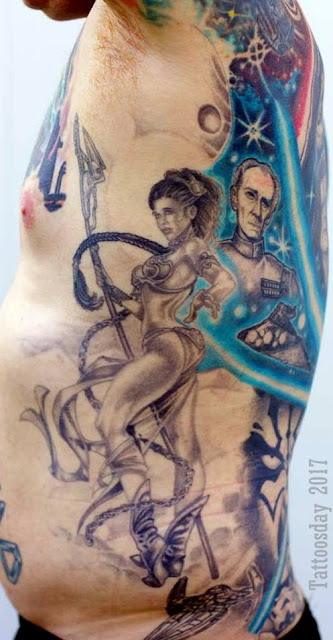 And meets on Anthony's chest in a fantastic battle scene: 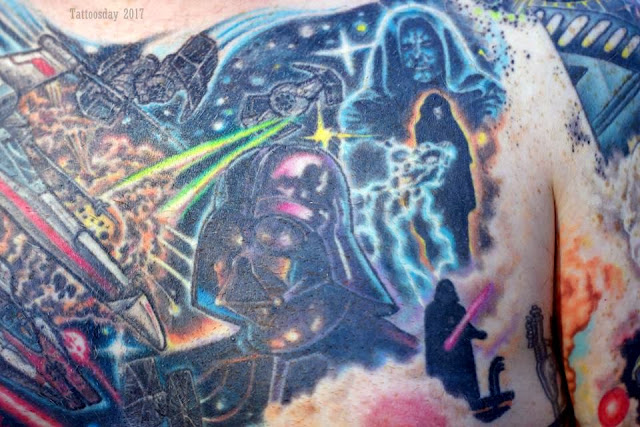 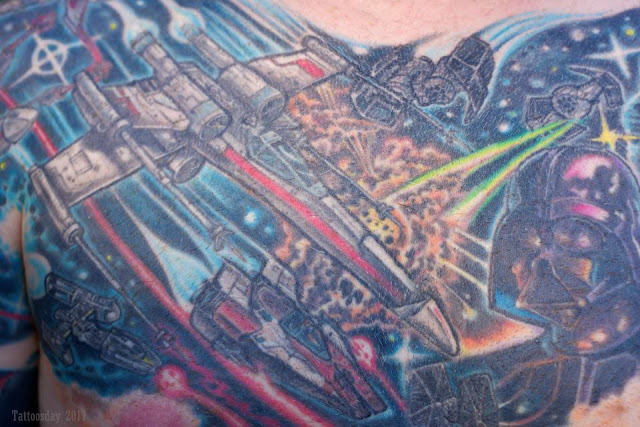 Anthony proudly bears the work of an artist named Needles (@darthneedles), who has done all of his work. He started working with Needles in the early 2000s (perhaps, 2004) and estimates that he has spent 40 hours on the back alone.

The chest piece is one of his favorite parts and was named "Best Star Wars Tattoo" in the January/February 2007 issue of Star Wars Insider.

Today, on May 4th, Anthony will be visiting three New York City children's hospitals in full stormtrooper gear to help celebrate the holiday. Here's Anthony in one of a few uniforms he dons:

Anthony is commanding officer of the Empire City Garrison for the 501st Legion.

If you're unaware of what he's referring to, "The Legion is an all-volunteer organization formed for the express purpose of bringing together costume enthusiasts under a collective identity within which to operate." He adds, "The Legion seeks to promote interest in Star Wars through the building and wearing of quality costumes, and to facilitate the use of these costumes for Star Wars-related events as well as contributions to the local community through costumed charity and volunteer work...".

The Empire City Garrison is the New York branch of this organization with outposts in multiple states and on several continents.

Anthony's work is astounding, when viewed in its entirety and he likens his collection of body art to "the Star Wars journey through tattoos.: His favorite part? "The fact that [it] is on me forever," he says.

Thanks to Anthony for sharing his amazing work with us here on Tattoosday!


This entry is ©2017 Tattoosday. The photos were published with the permission of Anthony Paladino.

If you are seeing this on another website other than Tattoosday, without attribution, please note that it has been copied without the author's permission and is in violation of copyright laws. Please feel free to visit http://tattoosday.blogspot.com and read our original content. Please let me know if you saw this elsewhere so I contact the webmaster of the offending site and advise them of this violation in their Terms of Use Agreement.
Posted by Tattoosday at 6:45 AM