Normally I post tattoos chronologically, in some semblance of order, but yesterday I met Michele as she was about to get on an uptown local train at 34th Street.

She kindly shared this tattoo with us here on Tattoosday: 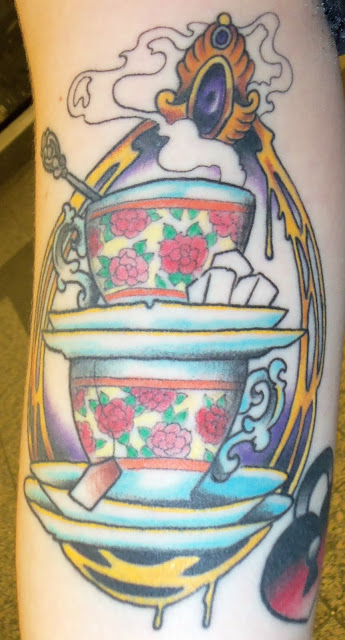 Why the tea cups? "Because you can't have tea by yourself," Michele said, as her train rolled in. 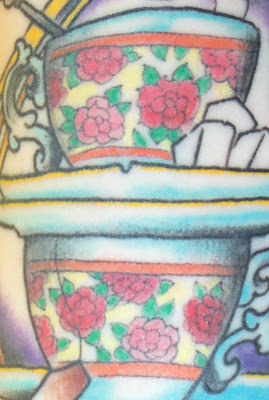 Slow on the uptake, I got it, "Ah, tea for two.I get it!" Michele looked to bolt for the train. I didn't get to finish asking all my standard questions, which is why we fast-tracked her post today.

The tattoo was inked by Kevin McNutt at Empire State Studios in Oceanside, New York. Work from Empire State has appeared previously on Tattoosday, viewable here.

Thanks much to Michele for sharing her ink two teacups with us here at Tattoosday! I'm sorry if you missed your train!
Posted by Tattoosday at 8:30 AM