Sometimes I abbreviate post titles and they seem nonsensical, like one of those captcha messages, or a subject line in a morsel of spam.

So I'm sticking with this title "Cogito Chuck Robbins" because I like the way it sounds. So there. It will all make sense eventually.

I met Chris outside of Penn Station one Friday afternoon, intrigued by his forearm tattoo: 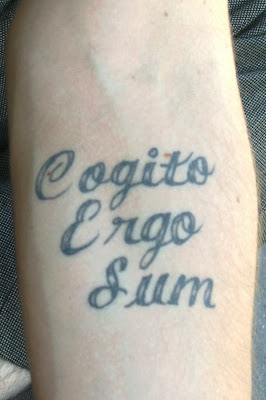 "Cogito ergo sum" is a Latin phrase that means, in English, "I think, therefore, I am." It is attributed to the 17th Century French philosopher René Descartes.

This was the first of Chris' three tattoos. He is a philosophy and creative writing major at SUNY New Paltz. This phrase is the "missing link in a belief system," or, in his words, "what I always knew, but never knew".

The tattoo was done at a shop in East Meadow, New York.

Chris also has this dead bird near his right elbow: 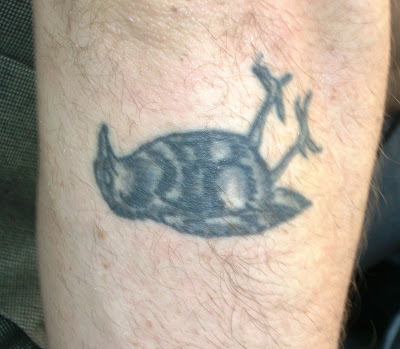 Inked at Skin Deep Tattoo in Levittown, this is inspired by the art on the cover of Chuck Palahniuk's Lullaby. 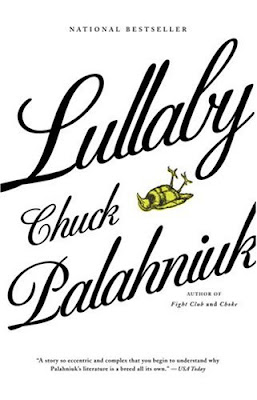 Work from Skin Deep has appeared previously on Tattoosday here. Palahniuk also has quite a cult following, and his work is the most often represented in ink here on Tattoosday. Check out other Palahniuk tattoos here.

And Chris' third tattoo is based on the cover art from one of my favorite authors, Tom Robbins: 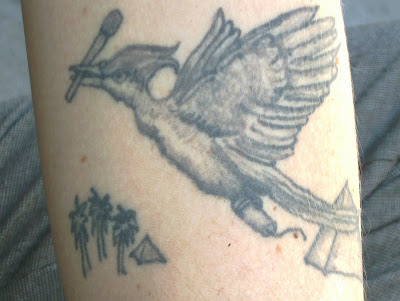 This echoes the front of the great book Still Life With Woodpecker, which has made many people a fan of the writer. 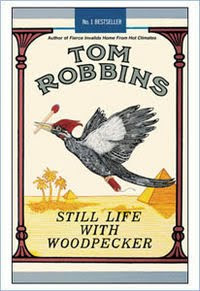 The piece, which was inked by Mike Vlad at Triple X Tattoo in Manhattan, is a subtle nod in appreciation of Robbins and his great book. Work from Triple X has appeared previously on Tattoosday here.

If you like these pieces, and are a fan of literary tattoos, you should certainly check out Contrariwise, a site dedicated solely to contributors' literary ink.

A hearty thanks to Chris for sharing his tattoos with us here on our site!

Posted by Tattoosday at 8:55 AM