John Shares More Than Just a Fly on the Wall

I met John walking down 7th Avenue in the upper 20s back in the beginning of September.

He has six tattoos, but it was this one, on his left side, that I spotted through the hole cut in the side of his t-shirt: 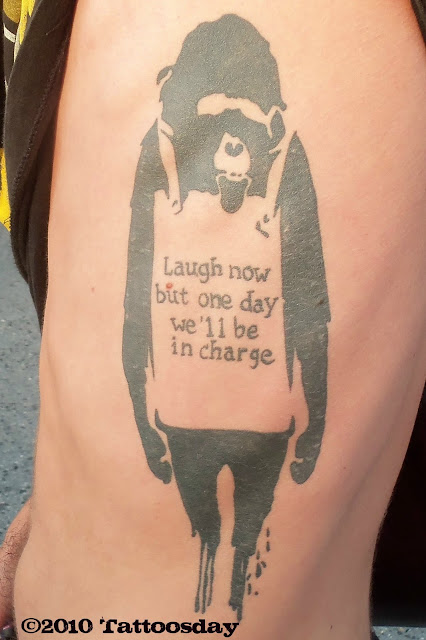 Fans of the popular British graffiti artist Banksy will recognize this as a tattoo based on his work. Another Banksy-inspired tattoo appeared here on Tattoosday in October of 2009.

Why this design? Aside from the fact that John likes the imagery, he especially likes the dripping effect at the bottom of the piece, as if it was spray-painted on. He also related to the ape's sign that reads "Laugh now but one day we'll be in charge".

The piece was inked at Tattooville in Neptune, New Jersey.

Here's a shot of the original Banksy work: 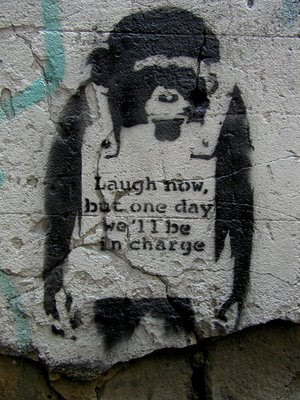 John offered up, an additional tattoo, as well: 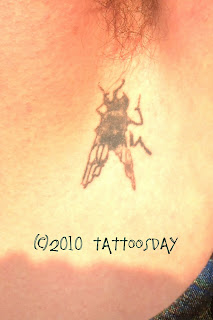 Yes, that's a fly tattooed under his right armpit.

John explained that this was tattooed by an artist under the moniker "Porkchop" at Asbury Park's Parlor Gallery. It was part of an occasional event called "Fly Day Friday".

If that sounds bizarre, it gets even crazier. If you present Pork Chop with an item that was bought for under $5.00, and he finds it valuable, he will trade it for one of his fly tattoos.

John successfully presented an item and got the tattoo in exchange.

"What did you offer?" I asked.

"A Pets.com sock puppet," he replied. 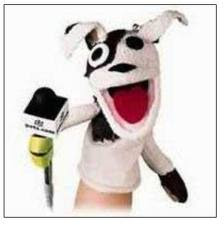 Thanks to John for sharing these unusual tattoos with us here on Tattoosday!
Posted by Tattoosday at 6:22 AM