I met Frank in the Penn Plaza Borders yesterday and stopped to ask him about his tattoos.

"How many do you have?" I asked and he responded vaguely "a lot". That generally means at least a dozen, if not more, and he offered up this two-part tattoo, from his right arm: 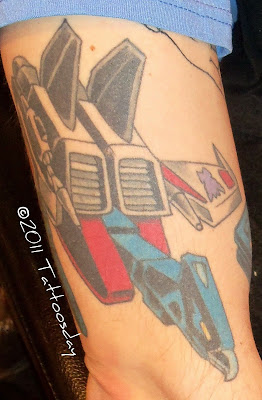 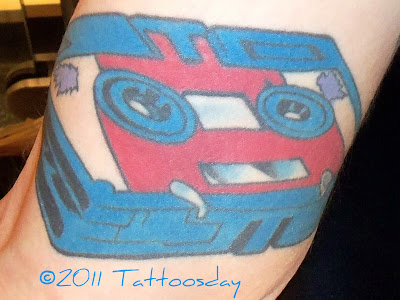 This is one of the first tattoos that Frank got and, as one would expect, he had this done because he likes Transformers.

Thanks to Frank for sharing these cool tattoos with us here on Tattoosday!
Posted by Tattoosday at 6:51 AM