Last week I ran into a guy near work who had, by his best estimates, approximately twenty tattoos, all of which, he told me, were inked in different places, as he traveled. He had a stack of worn business cards from all the tattoo shops he had patronized in his wallet.

Identifying himself only as Soul Thief, his DJ name, this musician seemed slightly reluctant to participate, and wasn't exactly forthcoming about his work. However, he did allow me to take a shot of the above piece, from his left bicep. Actually, it's three tattoos, but the focus was on the top piece with the skeletons.

The piece consists of two quotes from songs that meant a lot to him at the time of the tattooing. On top is the phrase "Dreams like this must die," which he cited as a lyric from Andy Wood, who I recognized as the late singer from the Seattle band Mother Love Bone. I later realized the song from which the lyric came is the beautiful "Chloe Dancer/Crown of Thorns". 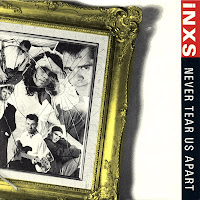 The bottom lyric is "But they'll never tear us apart," which, when he cited Michael Hutchence, I knew to be the words from the INXS hit "Never Tear Us Apart".

The piece was inked by Tom Barrier at Raz-a-Tat Tattoo in Bennington, Vermont. Soul Thief indicated that Tom is the only tattoo artist that he ever went back to for a second piece. Tom had also done a back piece, but that he couldn't show me that on the street.

When I asked him for any further significance of the skeletons encircling one another in their arms, he was a little elusive, saying that tattoo meanings change, and they are constant reminders of where one has been. I took Soul Thief's level of elusiveness with a grain of salt. He didn't know me from Adam, and not everyone wants to share personal stories with people they just met. Plus, what he said made sense, tattoo meanings do change.

I thanked him and went on my way.

Later that evening, I received an e-mail from Soul Thief, with a clarification:

"I'm the guy with the skeletons tattoo on my arm. By the way, my name is Nate.

When you stopped me on the street today I was a bit wary (which I usually am when someone stops me on the street.) Also, I usually don't like being asked to explain my tattoos because I didn't get them as a conversation piece, but I checked out your site and I liked what you do- so I thought I might add a couple of things...

When I started getting tattoos I was 17 and I wasn't really thinking about it, I just wanted tattoos for some reason. I even got a fake ID to say I was 18 because I couldn't wait. They started out being souvenirs of a time and place, so at the time they pretty much didn't 'mean' anything. Since then I've gotten more and put a lot of thought into them, but I've kept the idea that tattoos are 4th dimensional in the back of my mind the whole time. These are the 4
dimensions:


1. The Idea. It's whatever possesses you to do such a thing in the first place. Being struck by a piece of art, having a change or new experience in your life, boredom, etc.

2. The Image. It's whatever you feel in a given time that you HAVE to have permanently scarred into your body.

3. The time and the place. Because tattoos last your entire life they will always be a reminder of where you were and what you felt like when you got them- If you don't remember either of those things, that says something about you too. 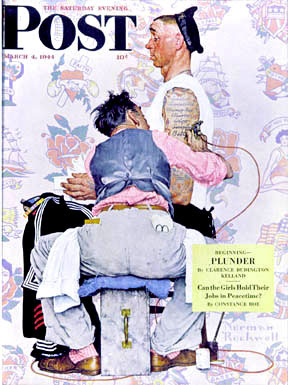 4. The Life. Your tattoos live right along side you. As your life goes on, you change and but your tattoos really don't. The only changeable thing is what you infer upon them. This is the part you need to reconcile when you get tattoos- I think of the Norman Rockwell picture of a sailor in a tattoo parlor- you may love whatever it is that's going onto your skin right now, but will you in the future. Are you that committed?

For example, the tattoo you photographed today was one that I got when I fell in love with my girlfriend of the last five years. The lyrics were from the music I was listening to at the time and the image just popped into my head us dying in each other's arms. In one way it means something because of the feelings I had at the time and the place when I got it, but in another way it can't mean anything because it means nothing to those outside of me. My tattoo is my life not yours.

For everyone else it's something intangible without my explanation or without them projecting their own life experience onto it.

Anyway, before I ramble on too long, I attached a picture of the stuff tattooed on my back in case you're interested. It reminds me that death is sneaking up behind me, so it helps me make the most out of the time that I'm alive. 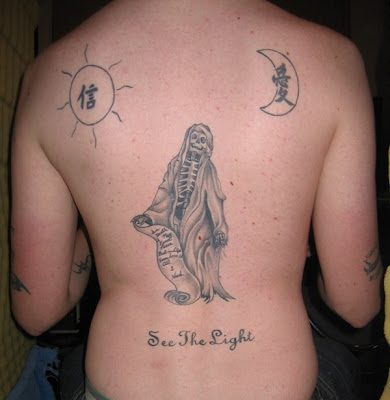 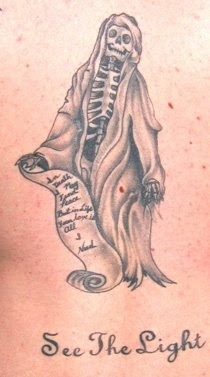 The inscription on the skeleton's scroll reads "In death I may find peace, but in life your love is all I need."

I've reprinted Nate's entire e-mail because it is an intelligent, well-crafted expression of the idea of tattoos and why people choose to get ink.

Thanks to Nate for sharing his tattoos, as well as his philosophy behind them!
Posted by Tattoosday at 5:47 AM