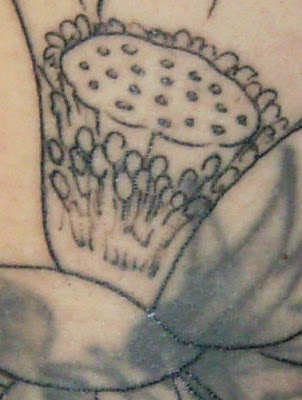 Earlier this year, I featured the first tattoo belonging to Paul, a co-worker and friend. Later on, he showed me his sleeve (here).

I am just getting around to show you his new work in progress, a cover-up of a tattoo on his right bicep, located above the first one of his that I featured here.

This isn't completed, but it does display a stage of the work that is interesting. Documenting it now will make it more interesting when the piece is completed. 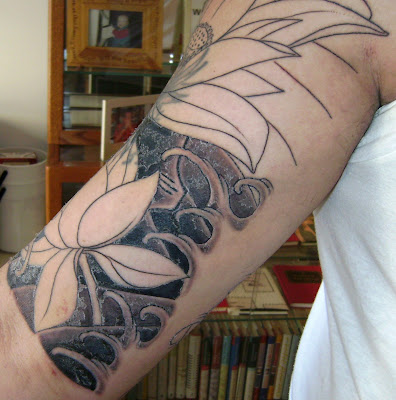 Thanks again to Paul for sharing his work in progress here at Tattoosday. We're looking forward to seeing the final work in 2009!
Posted by Tattoosday at 5:56 AM