On a sunny September afternoon, I met Brooke outside of Penn Station.

She had several interesting tattoos, and she offered this one: 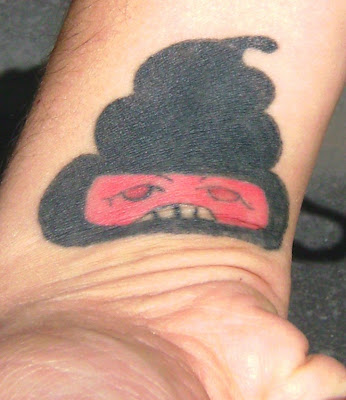 She referred to it as "Zombie Ninja Poo".

On the inside of her right wrist, this tattoo was inspired by the goofy video droppings of the ninja characters in one of her son's video games, Ninjatown. 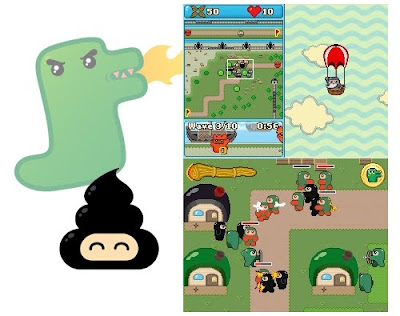 She exercised a little creative license and zombified the design. The result was an undead mass of animated, um, turds.

Thanks to Brooke for sharing this unusual tattoo with us here on Tattoosday!
Posted by Tattoosday at 7:48 AM

definatly a biot weird, but that way u can almost gaurentee some orginality and few if any with the same.