"Excuse me," I called, loudly, on the 34th Street train platform, "Can I ask you about your tattoo?"

Anyone reading this who has been featured here may recognize this as my opening salvo. Most people are open to my questions. Very few dismiss me. For this I am thankful.

Shira was the woman to whom I was speaking, and she was very welcoming to my inquiries.

Here is the best of the many tattoos I saw she had: 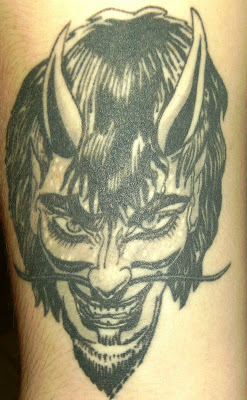 It's a fairly intricate (and extremely well-done) replica for one of the album designs for a band named Sponge. Shiri had a matching t-shirt, but taking a picture of that would have been borderline creepy, in my opinion. Unfortunately, the only image online I could find was small:

On her left arm she had two other band designs: 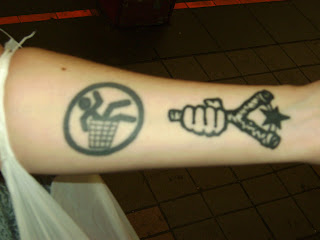 The one on the right is from the group Gogol Bordello, which surprised me as I had seen a similar tattoo several weeks before (and recounted here). 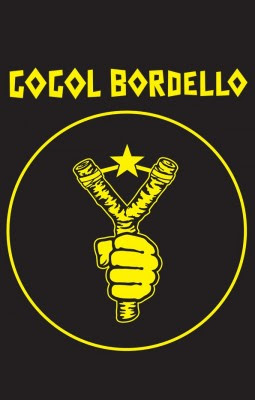 The logo on the left was from a group called Spookey Ruben.

Obviously, Shiri is a big fan of all these groups. The tattoos were all inked by her brother Ron.

You can see other band-related tattoos by clicking on the appropriate tag at the bottom of the post.

Thanks to Shiri for sharing her cool tattoos with us here on Tattoosday!
Posted by Tattoosday at 6:56 AM