Leyna was leaving the Borders at 2 Penn Plaza when I spotted one of her tattoos and asked about it.

This was the tattoo in question: 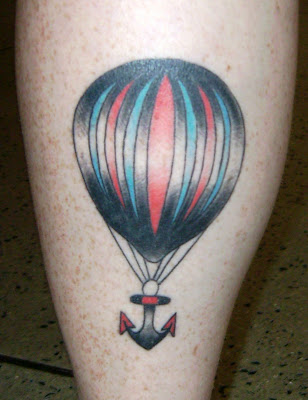 It is located on the back of her left leg, on the calf.

The design was inspired by the cover art from the Modest Mouse record We Were Dead Before the Ship Even Sank. 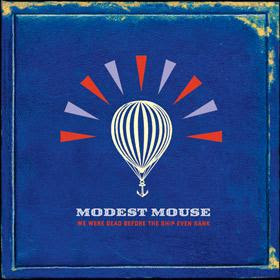 Leyna thought the anchor was cool, and she feels it is a good representation of herself in her 20's.

The tattoo was inked by Derik Snell at Hand of Glory Tattoo in Brooklyn. He liked the design because he had never tattooed a hot air balloon before. Work from Hand of Glory has appeared previously on Tattoosday here.

Another one of Leyna's tattoos  caught my eyes, as well: 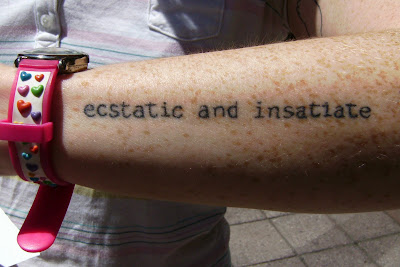 This two-word snippet, "ecstatic and insatiate" is an excerpt from Allen Ginsberg's Howl

. I'd speak more about it, but it appeared first on the most awesome blog, Contrariwise. I'd direct you over here to read what Leyna had to say about this tattoo, and encourage you to linger about and check out the seemingly endless array of literary ink.

Thanks again to Leyna for sharing her tattoos with us here on Tattoosday!
Posted by Tattoosday at 6:10 AM