I'm not sure why it has taken so long to post Alex's tattoos - when I met him at the end of May in K-Mart @ Penn Station, I was totally stoked by his ink. Perhaps I was just letting the photos simmer as I waited for the right time to share them. Nevertheless, here they are, finally.

What we're seeing are three portions of Alex's left arm sleeve, beginning with this segment which is the most impressive part of the work:

As Alex explains, this tattoo is

"inspired by the carvings in Cambodia in Siem Reap ... it's one of the temples of Indra, Indian god of thunder ... he's also the god of change and progress ...

... He's very human-like because he messes up a lot ... he's somewhat of a womanized, so it makes him very original from the rest of the Indian gods..."

At the top of Alex's arm is this symbol: 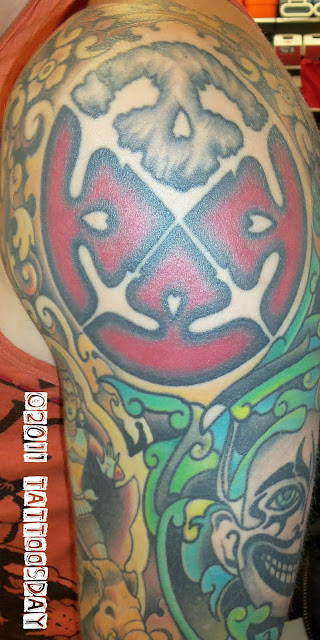 He told me that this is the logo of a hard rock group from Brooklyn called Life of Agony. 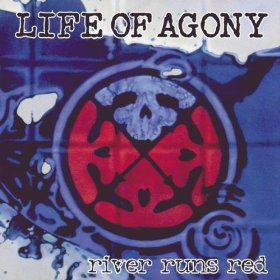 You can check out their website here or peruse their Amazon catalog here.

In the photo above, you get a glimpse of the third and final segment of Alex's sleeve which we're seeing today, which features this familiar face:

That's the symbolic face of  Steeplechase Park on Coney Island. 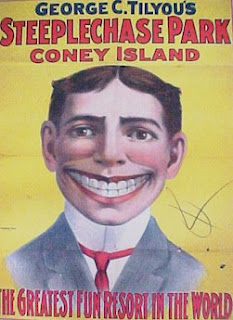 Compare to this tattoo, which appeared here last year.

Alex explained about his connection to Coney Island:


"...Basically, I grew up there ... I grew up in Bensonhurst, but [Coney Island] is kind of where I became myself, adolescence and all that stuff - that's the old Coney Island..."

Alex credited all of his work to a tattoo artist named Seth Wood who is currently working out of Saved Tattoo in Brooklyn.

Thanks to Alex for sharing this amazing work with us here on Tattoosday!

This entry is ©2011 Tattoosday.
If you are reading this on another web site other than Tattoosday, without attribution, please note that it has been copied without the author's permission and is in violation of copyright laws. Please feel free to visit http://tattoosday.blogspot.com and read our original content. Please let me know if you saw this elsewhere so I contact the webmaster of the offending site and advise them of this violation in their Terms of Use Agreement.
Posted by Tattoosday at 7:03 AM