Two, No, Three from Lisa Marie

I ran into Lisa Marie in my local grocery store a few months back and she was happy to share a couple of cool tattoos: 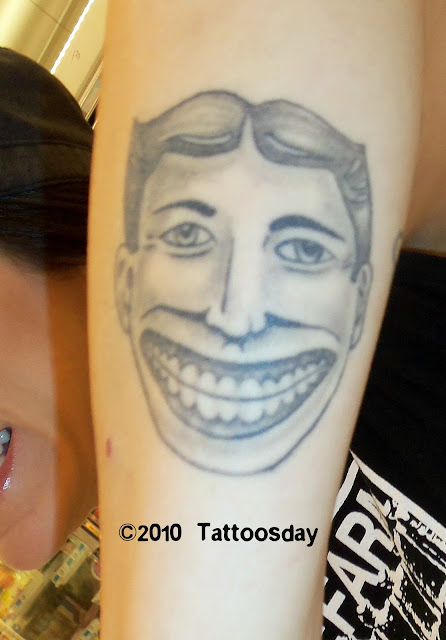 That is, for those who don't know, the symbol of Coney Island's Steeplechase Park. 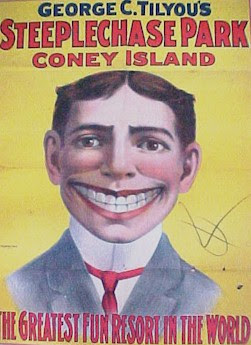 She got this because she loves Coney Island, one of the most iconic spots in Brooklyn. Lisa Marie later sent me a shot of the tattoo when it was brand-spanking new: 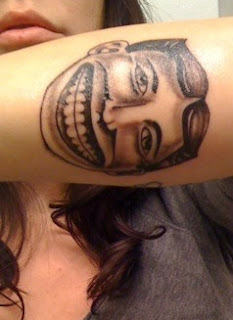 This was inked by Michael Kaves at Brooklyn Made Tattoo.

On her left forearm, Lisa Marie had this whimsical tattoo: 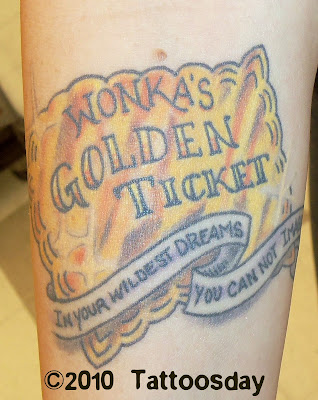 That tattoo was done by JR Maloney at Vanguard Tattoo in Nyack, New York.

Lisa Marie also sent along a couple of extra photos that she had documenting Mr. Kaves inking another of her tattoos, a cupcake: 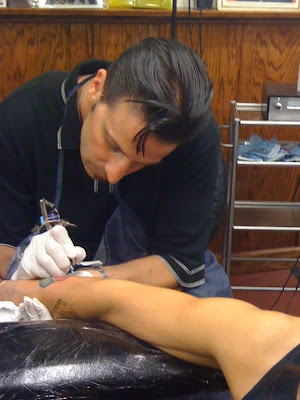 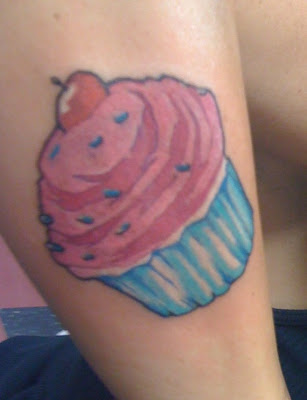 Thanks again to Lisa Marie for sharing these cool tattoos with us here on Tattoosday!
Posted by Tattoosday at 6:58 AM

She has a nice theme too her tattoos. Whimsical fantasies.