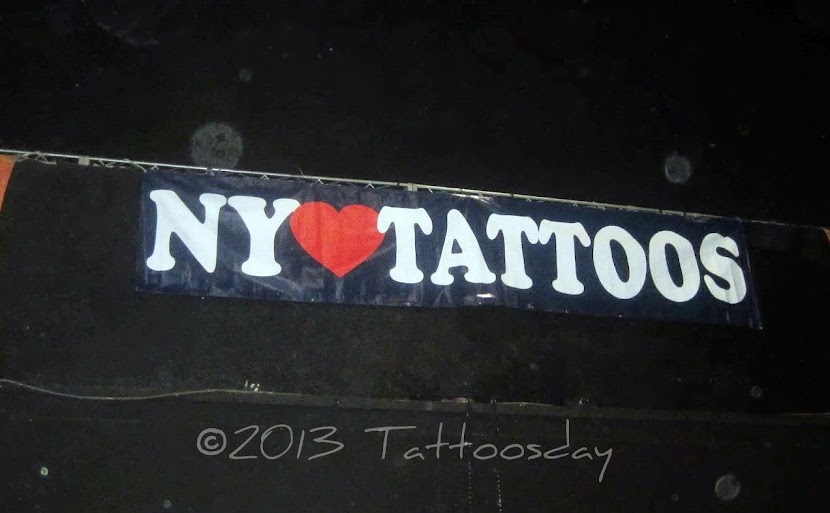 There's just something about the NYC Tattoo Convention that makes me smile.

For the last five years I have attended and, despite the fact that a large majority of the booths are occupied by many of the same companies, there are always new changes and a grungy intimacy that make me happy I attended.

I'm normally a "Saturday only" attendee, but I thought I'd give it an early go, and check it out Friday evening when things were just getting started. I still plan on spending a larger chunk of time there today, but I still wanted to get the lay of the land.

No fancy convention center here, the Roseland Ballroom is a storied venue and its "lived-in" feeling contributes immensely to the intimacy of the event. As always, Saturday's contests are a highlight of the show.

I was very excited to see the latest incarnation of the Jack Rudy-designed show tee, in both gray and white: 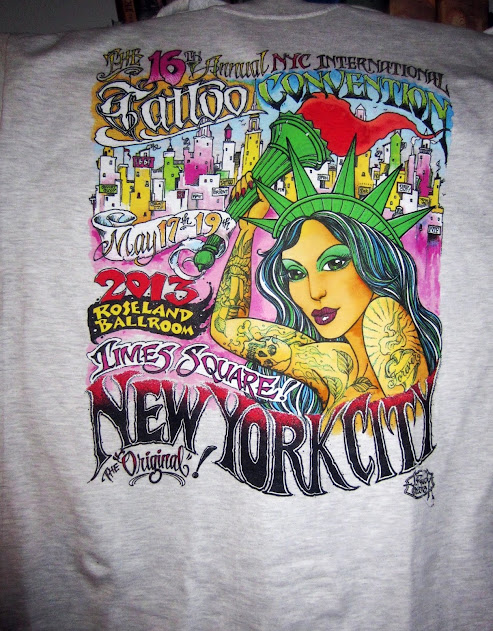 Not to mention that this year, the convention is a stop on the Inked Up World Tour, co-sponsored by Inked Up, Rockstar Energy Drinks and the Sullen Art Collective. There's a booth on the main floor where you vote interactively with a heavily-decorated model vying for "Miss Inked Up 2013" on which artist designed the best can for Rockstar Energy Drinks (I chose Nikko Hurtado's design), after which you get to spin their prize wheel. 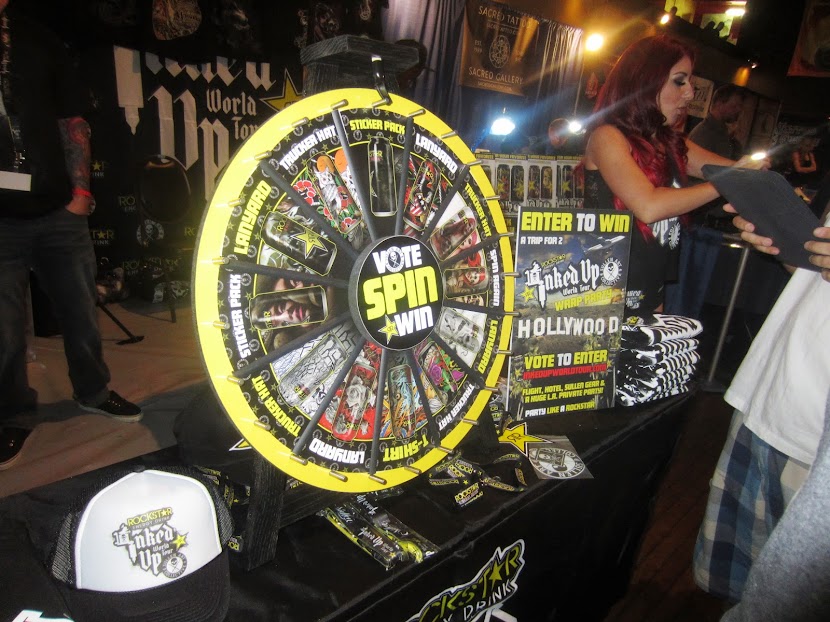 I got lucky and won a t-shirt!

I swung by a whole slew of booths and will be back today to spend more time with the convention-goers.

Of note, I met a nice woman at the booth of Independent Tattoo, who now has me thinking about getting a crab tattoo. And it was great reconnecting with Kevin from Sacred Tattoo and catching up.

There is plenty to see, and I have only begun to covet my neighbor's tattoos! If there's anything that will give you a sense of ink envy, it's attending a show where the majority of the people are so dedicated to decorating the skin of others, or filling up their own personal canvases.

Of course, for me, it is also about finding great people to interview for upcoming installments of Tattoosday.

Here's one photo I took which will be part of an upcoming feature: 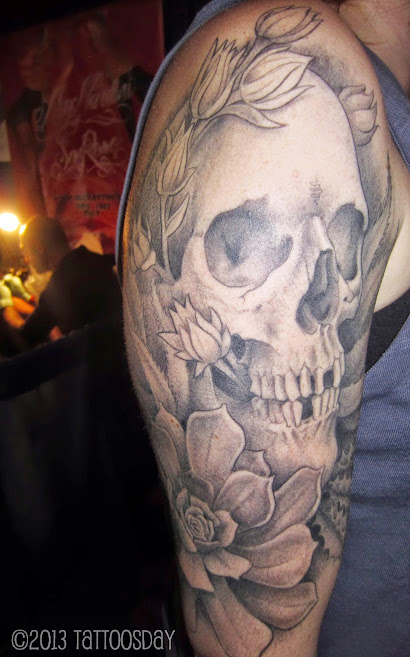 This PHENOMENAL piece belongs to Hannah, and was created by the amazingly-talented Shawn Barber. I will devote a separate post to this in the coming week, but talking with Hannah, and having her so generously share work from a talent like Barber, was just one of the reasons I left Roseland last night with a huge grin on my face.

There may be bigger and brighter conventions, but the New York City Convention will always hold a place in my heart.

I will be there today, as well, and will be posting on Facebook and Twitter (@Tattoosday). Doors open at 12 Noon and close at Midnight. The show also runs Sunday, May 19, from Noon to 8:00 PM.

Thanks again to the organizers of the NYC show for always doing such a great job in putting together the event!


If you are seeing this on another website other than Tattoosday, without attribution, please note that it has been copied without the author's permission and is in violation of copyright laws. Please feel free to visit http://tattoosday.blogspot.com and read our original content. Please let me know if you saw this elsewhere so I contact the webmaster of the offending site and advise them of this violation in their Terms of Use Agreement.
Posted by Tattoosday at 10:40 AM