The next tattoo I photographed at the Third Avenue Festival belonged to a guy named Chris.

Chris has a leg piece that is an American flag emerging from under his skin. He wanted something patriotic, but didn't want a regular American flag. The result is pretty cool: 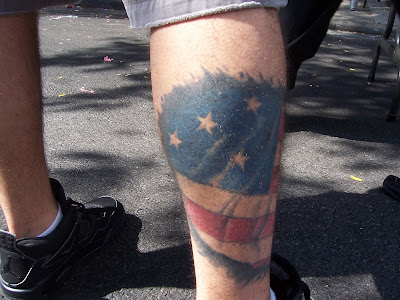 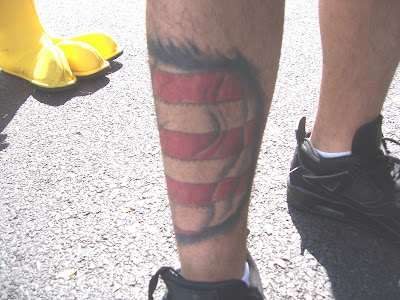 Chris was walking with a guy in an eagle costume, who was at the street fair to promote the Brooklyn Daily Eagle, a local paper. While I was snapping these shots, the Eagle, who knew Chris, kept telling me to take a picture of Chris' other tattoo, and kept trying to lift Chris' left sleeve.

Chris was game and showed me his other one: 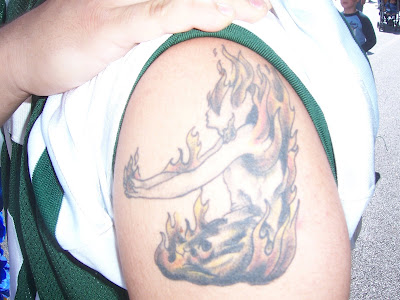 This is the artist's rendering of this famous photograph: 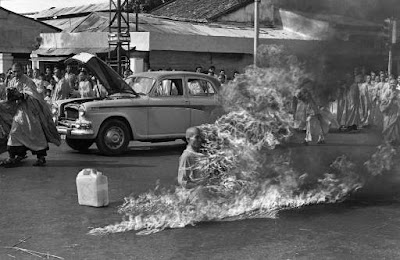 Chris had these done at Brooklyn Ink. The artist is Joe-Mags.

Thanks, Chris, for your participation!

Posted by Tattoosday at 5:37 AM