I met Mike outside of Penn Station after work last Friday. He has five to eight tattoos in all, and he had this pretty cool piece to offer:

This piece is all original artwork by the artist, Doug White, formerly at the Ink Spot Tattoo Studios in Linden, New Jersey, back in 1995-6. Mike doesn't know where Doug ended up, but he believes he's now tattooing out in Texas.

He also mentioned there's a figure at the top of the piece which is loosely based on Eddie, the Iron Maiden "mascot": 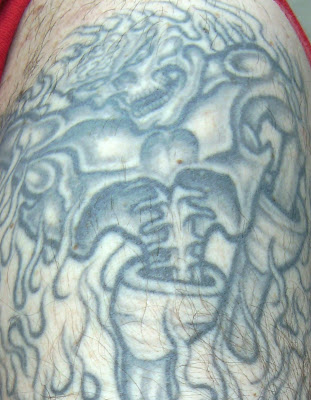 This segment of the tattoo seems inspired by Iron Maiden's album cover Seventh Son of a Seventh Son: 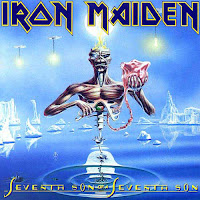 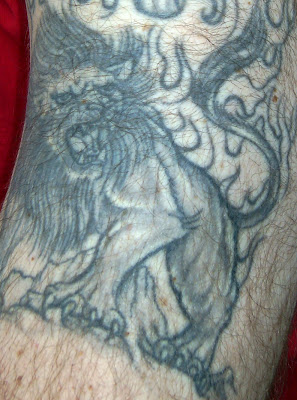 Thanks again to Mike for sharing his tattoo with us here at Tattoosday!
Posted by Tattoosday at 7:41 AM