Home Sweet Home for the Holidays

The saying is, "you can't take it with you," but there is a way to carry your home with you when you move somewhere else.

Take, Adam, for example, who I stopped on Seventh Avenue between 29th and 30th Streets.

He currently resides in Pittsburgh, but he has lived in Miami and New York City.

His tattoos are a work in progress and he has had about eight hours done so far.

Adam says he has lived all over the United States and he wants, ideally, to tattoo a "piece of everywhere I've lived". 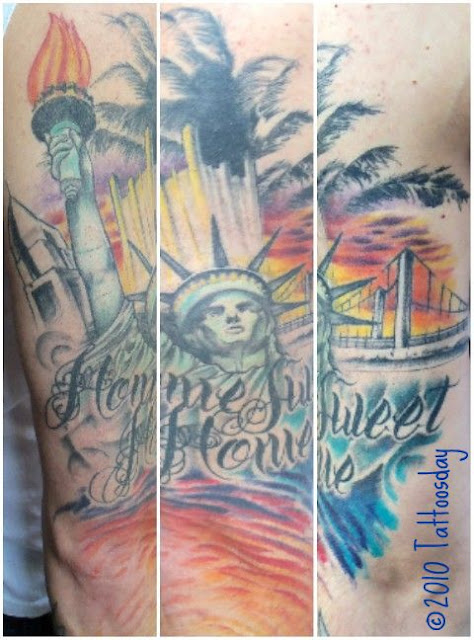 The Statue of Liberty clearly represents New York, and the palm trees recall Miami. All the bridges and a few of the buildings are Pittsburgh landmarks, like PPG Place 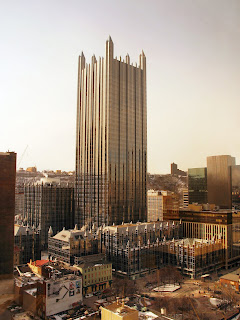 and the Highmark Building. 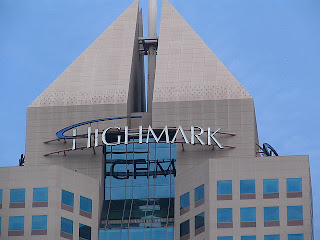 The "Home Sweet Home" sentiment is anchored by the multiple locations, echoing the idea that home is where the heart is.

Adam's work is done by Michael Patrick at Jester's Court Tattoos in Pittsburgh.

Thanks to Adam for sharing his wonderful sleeve with us here on Tattoosday!
Posted by Tattoosday at 8:55 AM