A Quartet of Art-Inspired Tattoos

When I asked Brian how many tattoos he had, back in October when I met him at Borders in Penn Plaza, he kind of shrugged and said "I don't even know". A great answer, in my opinion.

Brian is an interior designer and many of his tattoos are inspired by the art he admires.

Three of the tattoos I photographed are on his right arm. First is this red tattoo: 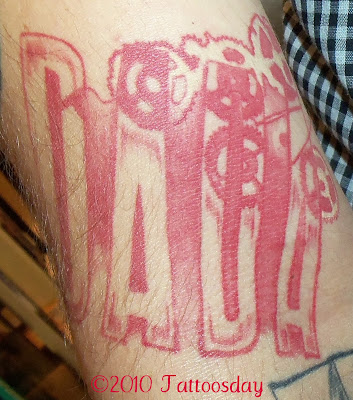 This, Brian explained, is a piece that pays homage to Dada, or Dadaism, a cultural movement from the early 20th Century that included one segment of the arts. Brian is inspired by this movement from an artistic perspective.
On his upper arm, Brian has this Buddha image, which he says has an Andy Warhol-inspired perspective:

That is on the outer part of the upper arm, on the inner side is this item: 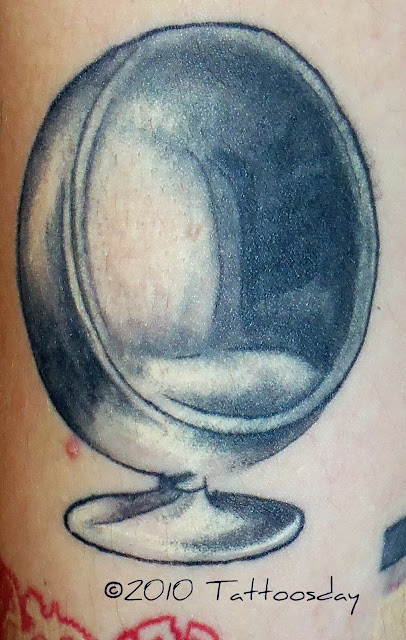 This is a take on the "Egg Chair," a piece of furniture whose style became popular in the forward-looking 1960's. The form above is more like the Scandinavian Ovalia style of egg chair.
And finally, Brian showed me one of his favorite tattoos, just above his waistline: 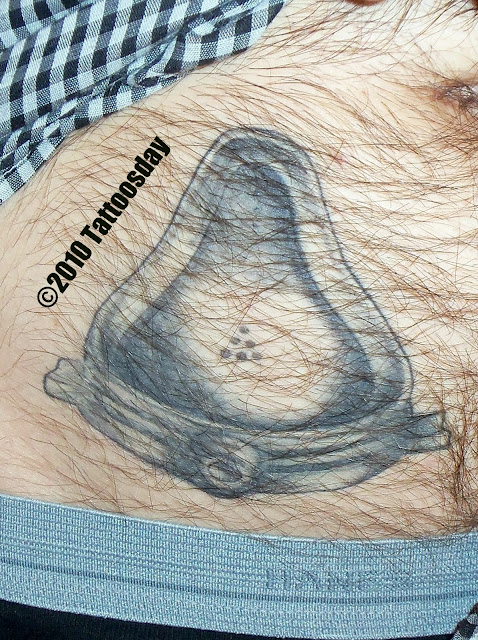 As mentioned above, Brian is inspired by Dadaism, and one of the figures that became most associated with the movement was the artist Marcel Duchamp. This tattoo is based on his work Fountain, which caused quite a stir in 1917. 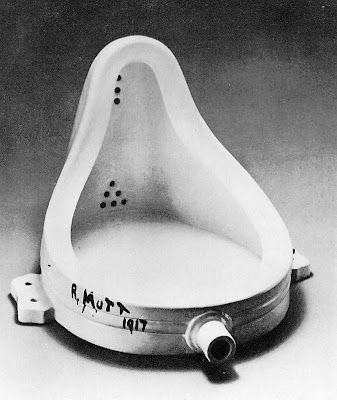 These tattoos were inked by Texxx at Flying Monkey Tattoo in Pittsburgh.
Thanks to Brian for sharing these cool tattoos with us here on Tattoosday!
Posted by Tattoosday at 6:13 AM