They Call Him Mr. Spades

I met Matt in Penn Station last month and he was happy to share a couple of his eight tattoos. The coolest one was this heart on his left arm: 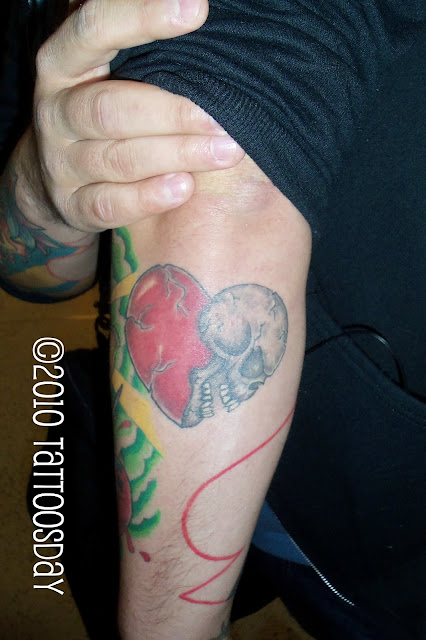 A closer look shows just how intricate this design is: 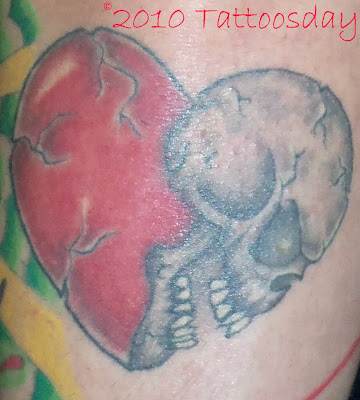 Matt explained that the idea behind this tattoo is simply that there are two sides to everything. He collaborated on the design with the tattoo artist Sean Malone, who works out of Rose City Tattoos in Rahway, New Jersey.

Readers may notice that, in the top photo, there is a distinct outline of another tattoo on Matt's arm in the shape of a playing card spade. What started out as a random tattoo of another spade ended up giving Matt the nickname "Mr. Spades" and it stuck. Here's a shot of the coolest Spades tattoo, straddling both of Matt's inner forearms: 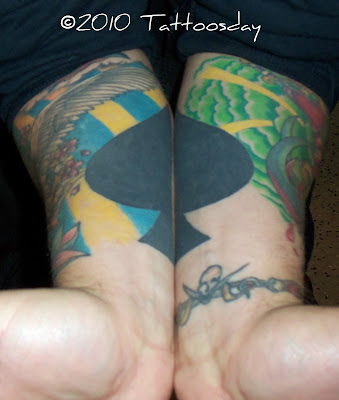 Thanks to Matt for sharing these great tattoos with us here on Tattoosday!
Posted by Tattoosday at 6:16 AM

I love the symbolism on the heart/skull tat.