Spike's Tattoos Are Out of This World 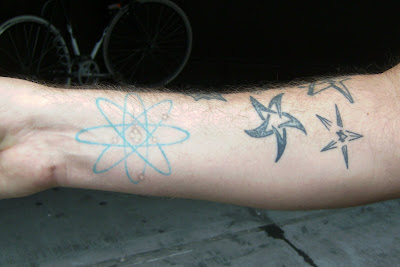 Spike stopped and talked to me several weeks ago outside of Madison Square Garden.

His right forearm bore many different stars and his upper arm displayed the solar system.

I didn't get all the details that I wanted to, as there was a lot of information to process, but I filled in the blanks as best as I could to get a very loose interpretation of his star art.

This theme, in particular, was the most fascinating aspect of his tattoos, because his cluster of stars are all uniquely designed by different people, from children to friends.

This one was drawn by a five-year old: 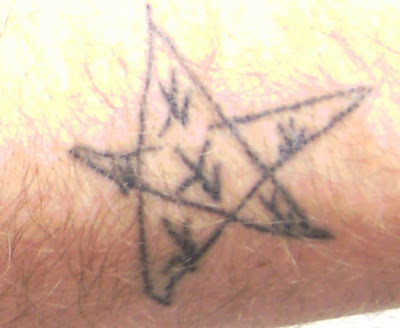 Spike said he and the child's parents were fascinated by the inner design, and only later discovered he had been trying to replicate the NY logo of the New York Yankees.

I labeled each star in my notebook, but didn't get much elaboration. 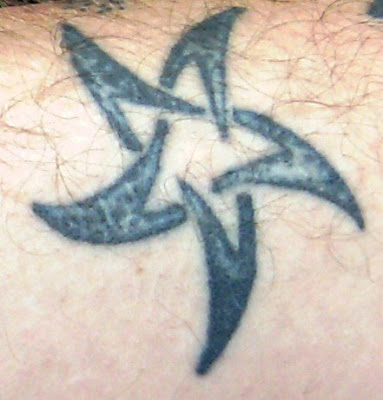 And an atomic representation of a star: 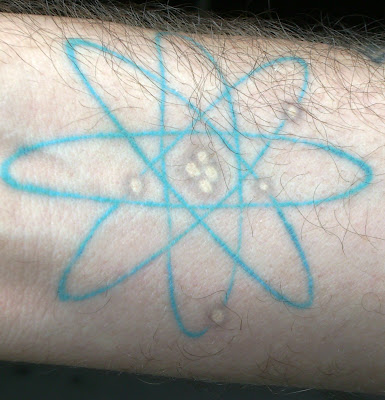 I'm not sure about this one: 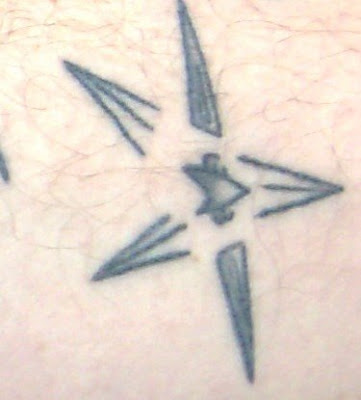 This star with sparks shooting out of its points was also drawn by a child, an eight-year old: 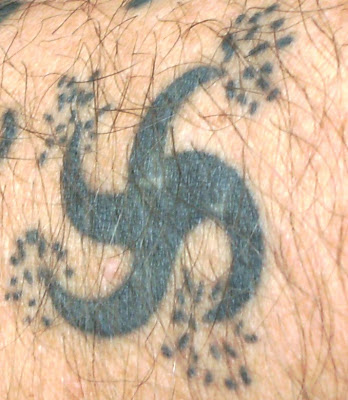 And this complicated one incorporated many symbols, including an ankh, a cross, and the circle revolving around the star is a peace symbol: 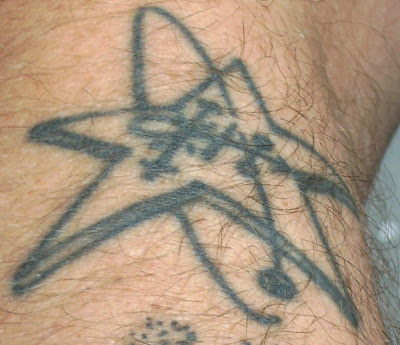 Spike did not identify the six-pointed star as a star of David, but as the symbol of Solomon: 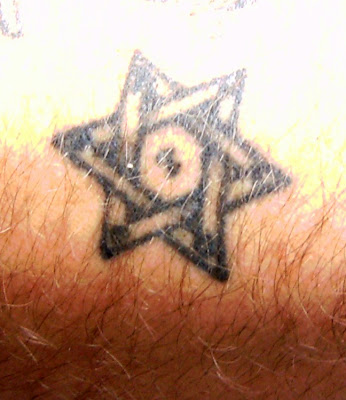 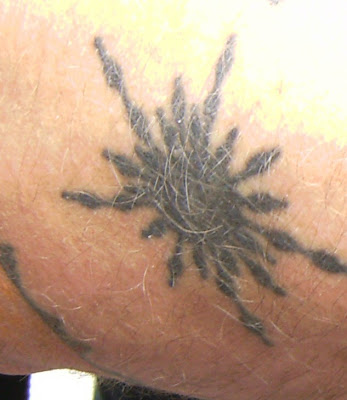 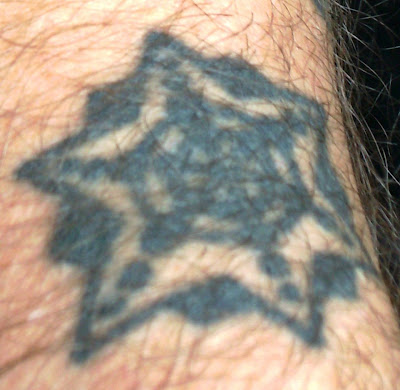 I believe there were eight in all, and Spike acknowledged he would most likely add more if the right design came along at the right moment.

Here's part of the Solar System:

The Sun occupies the elbow and the planets revolve upward. Saturn can be seen near the shoulder. Here's a closer view of the Earth and her satellite, our Moon: 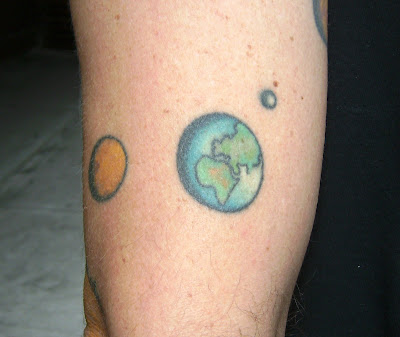 The two different sections of Spike's arm are unified under the celestial theme.

On his other arm, on the bicep, the theme becomes more fantastic:

What appears to be a space ship racing away from an exploding planet is precisely that.

The tattoo represents Superman as a child fleeing the exploding planet of Krypton. 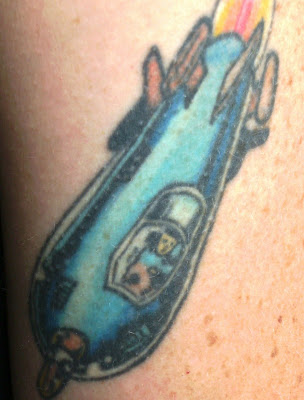 Much of Spike's work was tattooed at Avalon II in the North Park section of San Diego.

Thanks to Spike for sharing his intergalactic tattoos with us here on Tattoosday!
Posted by Tattoosday at 5:45 AM