Back on July 13, I posted a photo of Doug's Geisha. Doug was waiting around the Penn Station area before heading down to see Horisei, at tattoo artist working out of Rising Dragon's Chelsea Tattoo Company.

Doug followed up his moment in the Tattoosday light by sending us photos of the work he had done that day. As would be expected from work by Horisei, the tattoo is beautifully done: 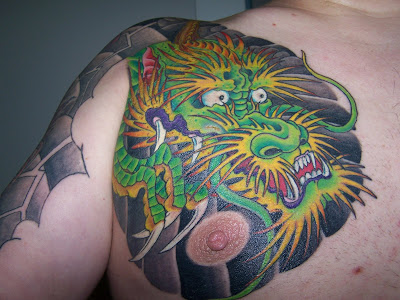 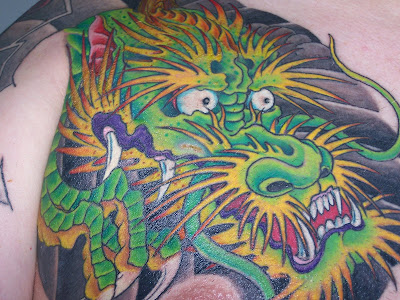 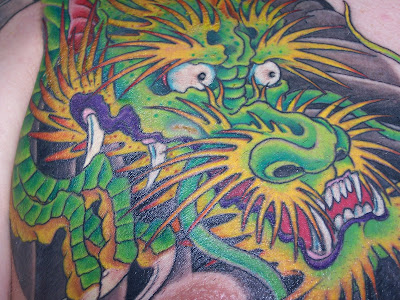 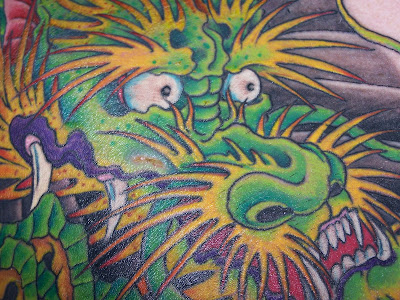 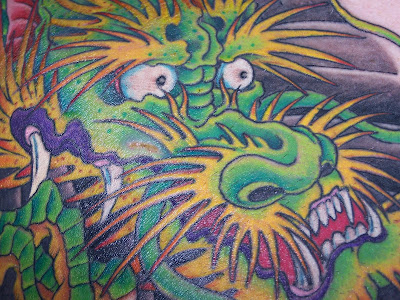 Work from Horisei has appeared previously on this site here.

Thanks again to Doug for sharing his new tattoo work with us here on Tattoosday!
Posted by Tattoosday at 5:50 AM

Hey, nice blog you have here. I just wanted to say that I really loved this tattoo you did. Fantastic stuff!
Keep up the great work!