I ran into Jason on the West 4th Street platform back in July. He was on his way to Smith Street Tattoo, to accompany a friend who was getting tattooed by Bert Krak.

I asked him if he wouldn't mind sharing some of his work, and he gladly complied.

I snapped some photos and chatted with him all the way to Brooklyn. Check them out: 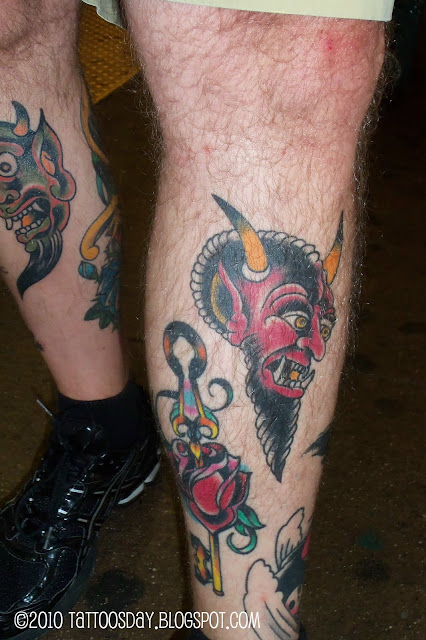 Why a devil on his leg? Jason said he was considering putting something on his leg that he was afraid to place there. When he asked himself if he should really do that, he reasoned, just by asking himself that, meant he should do it. He also gave some advice that I thought was very valuable. 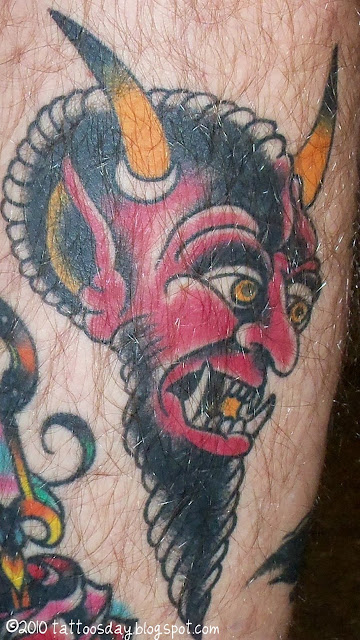 Jason said that when he is looking to get tattooed, and isn't sure what he wants, he'll go to an artist and ask them what they're currently drawing. Most artists in the shop, when they're not tattooing, are either drawing, sketching, painting, or creating something. Jason reasons that if you ask for what the artist is currently doing, he or she will be that much more passionate about the work. 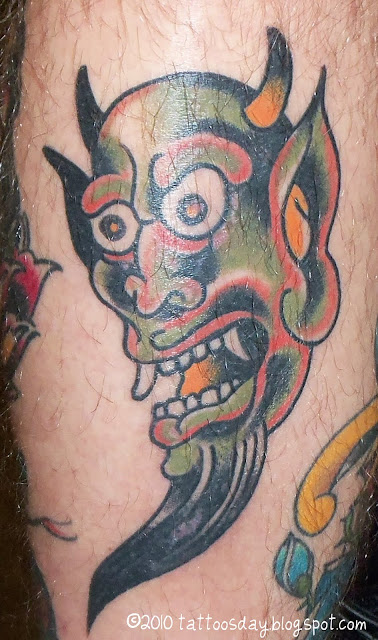 This logic is behind several of Jason's tattoos. 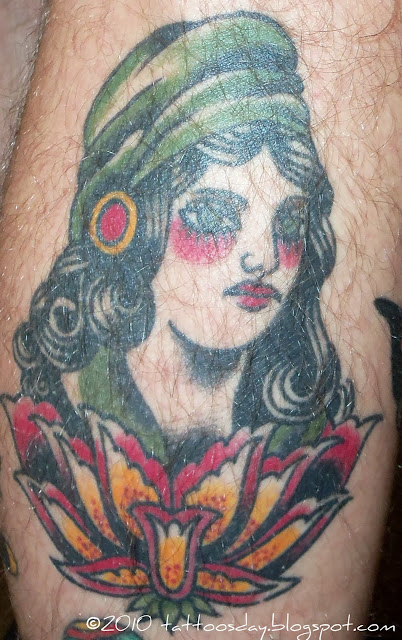 The work above was created on Jason by Ryan Westvall at Old Soul Tattoo in Canonsburg, Pennsylvania.

Thanks to Jason for sharing his tattoos with us here on Tattoosday!
Posted by Tattoosday at 10:46 AM