Chip and Tom and Frank

Sometimes, the subject of a tattoo is unclear to the un-illuminated eye. Curiosity compels one to ask: what is that?

And the answer makes sense. And one marvels at the mind behind the man (or woman) who says,"Yeah, let's put that on me forever."

Such was the case during rush hour on the N train. An guy named Chip stood nearby and his right forearm intrigued me. I couldn't make out what his tattoos were. Can you? 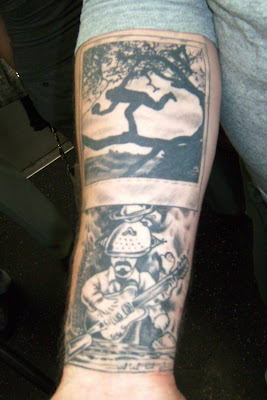 When I asked, he explained. The top piece is a photograph from a Tom Waits album: 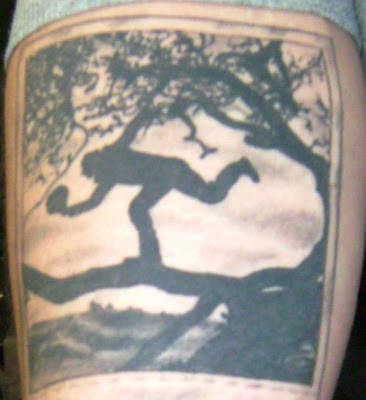 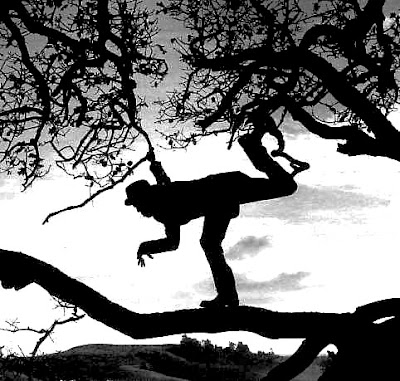 Despite ascertaining this is a Tom Waits photograph, I can't pinpoint where it came from. If anyone knows for certain, please let me know. The tattoo was done by C-Jay at Rising Dragon Tattoos in Manhattan. Work from Rising Dragon has appeared previously here.

Below the Waits tattoo is a Frank Zappa piece: 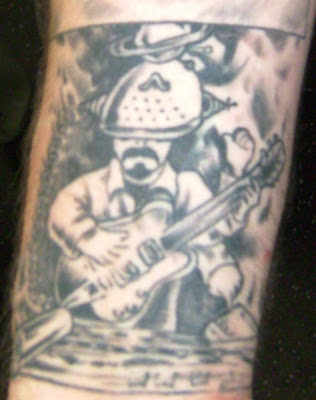 This is based on artwork that appeared on the back cover of Zappa's autobiography The Real Frank Zappa Book: 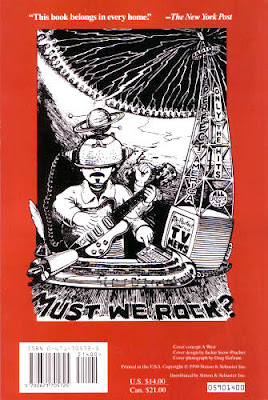 This piece was tattooed by an artist he only identified as Chris at Marco's Tattoo in Wakefield, Rhode Island.

Obviously, Chip is a huge fan of both Frank Zappa and Tom Waits. That's all there is to it.

Thanks to Chip for sharing his cool and unusual tattoos with us here on Tattoosday!
Posted by Tattoosday at 6:33 AM

very cool. i wonder why the artist changed the positioning?

very cool and again nice to see some original ink ideas out there!