Alex Grant is one of the many writers I have met through Facebook via the poet Dorianne Laux. Originally from Scotland, he lives in North Carolina, and sent me the following photos of his tattoos: 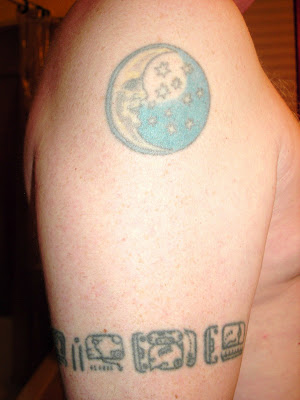 The top piece is “a variation on a Celtic totemic symbol …which…suggests totality - Sun, Moon, Stars and sky - and the celebration of all that implies...”. 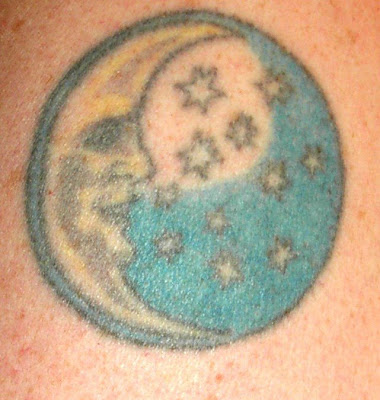 The banded tattoo below the Celtic piece is a series of Mayan totem symbols. He interprets them as representations of “the cycle of sleep (as in having no awareness), through awakening, through full consciousness”. 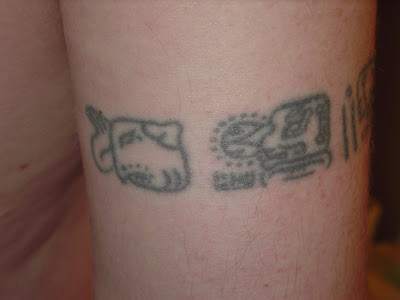 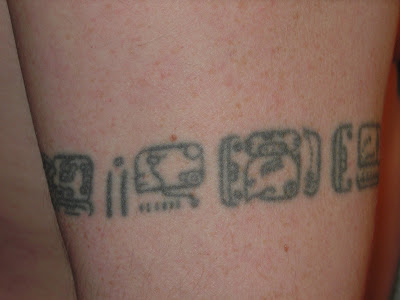 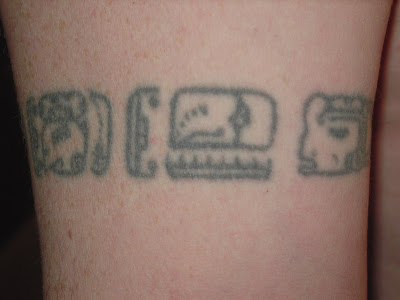 These are not the only tattoos Alex has He told me, “I have some others that I don't love so much - including some I did myself with a needle and ink at age 16!”

Thanks to Alex for sharing his work with us here on Tattoosday!

Please be sure to head on over to BillyBlog to read one of Alex's poems, or you can explore more of his work on his web page here.
Posted by Tattoosday at 12:01 AM