Just a service note. The official camera of Tattoosday has been upgraded from a circa-'05 Kodak Easyshare (took a lickin' but kept on clickin') that snapped decent 4.0 megapixel shots, to a fancy-schmancy Polaroid 7.0 megapixel t730. 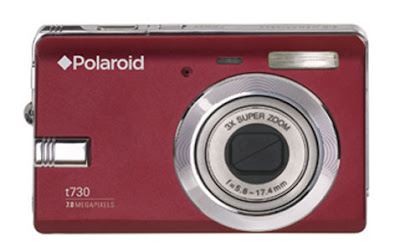 This upgrade comes courtesy of two friends, who generously pooled their resources, and bought this for me on my birthday. They are awesome, not only for giving me such a cool and much-needed gift, but because they have been tremendous supporters of Tattoosday from the beginning. Tom and Sephora are their names, and I want to thank them all over the place. Sephora, actually, was the subject of Tattoosday's first post, back when it was an aspiring spin-off on BillyBlog.

Tom's ink appeared early on, here, back in September 2007 in this blog's infancy.

Thanks to both of these dear friends, who are affianced, by the way. Their generosity and support of the blog are above and beyond the norm. They are exceptional friends, and I formally extend my gratitude.
Posted by Tattoosday at 11:48 AM