Our next tattooed poet is Aaron M.P. Jackson, who has eleven tattoos. 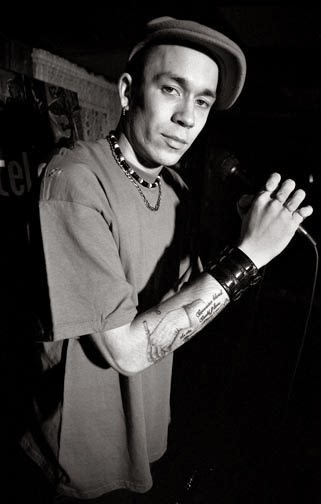 
"I chose to get a candle on my right forearm because I am named after a character in a novel my father wrote a few years before I was born. Aaron is the main character of the novel Operation BurningCandle by Blyden Jackson and it is that character who gave me my name.

While attending a church charity function, I won a gift certificate in a silent auction from Body and Soul Tattoos in Jersey City, NJ. My wife is a designer (ladyjay.net) and she created the image for the tattoo as she has with a number of my other tattoos and I used the gift certificate to get it done.  At this time my father was dying of cancer and I wanted him to see the candle I was getting to honor him before he passed away. When he saw it, he thanked me, a few weeks later, he was gone."

Aaron tells us that today (April 29) is the second anniversary of his father's passing, so this is an apt day for this post to appear.

He also shared this poem, which was previously published in The Furious Gazelle in January 2014::

Aaron M.P. Jackson is a poet and writer. His poems have appeared in multiple publications including The Bark Magazine, Instigatorzine, Fat City Review and Runaway Parade, his work is also in many anthologies including Like One: Poems for Boston, Seeing Past Sickness, and works from Kattywompus Press and Cloud City Press. He is the former Poet Laureate of Jersey City, NJ (2005-06) and has twice been the recipient of grants from the Puffin Foundation. As a performer he has written and starred in an ad campaign for the Partnership for a Drug Free America and he also served as one of three poetry fellowship judges for the Connecticut Office of the Arts in 2013. For more information please visit middlepoet.com.

Thanks to Aaron for his contribution to this year's Tattooed Poets Project on Tattoosday!