Our next tattooed poet is Jim Landwehr, who shares this tattoo of a musky: 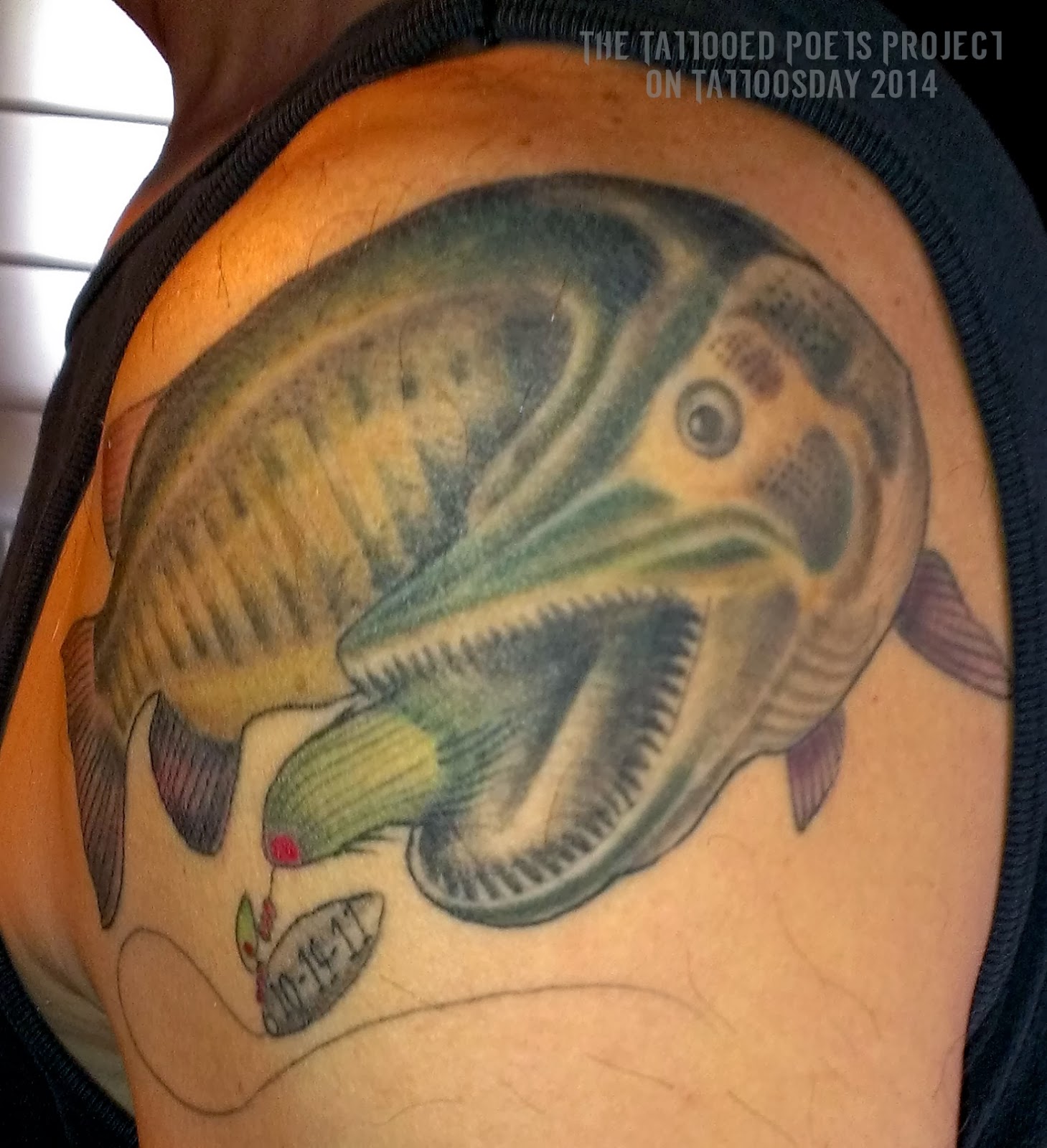 Jim tells us the story of why there is a Musky on his arm:


In 2010 my brother had a 10" tumor removed from his back. After 6 months of recovery, he had numbness in his foot. He was rushed to Mayo for emergency surgery and another golf-ball sized tumor was removed. 3 days later the oncologist said the cancer had spread to his lungs and he would have months, not years to live. After battling cancer for 9 months, he passed away on August 30th of 2011. He was 47 years old.

My brother Rob and I were both avid fishermen. When he caught his first Musky in 2006, the fever hit me. Two months after his death, on what would have been his 48th birthday, I managed to catch a 34" musky in his honor while wearing a sweatshirt he had given me before he passed away. It was a very emotional day for me. 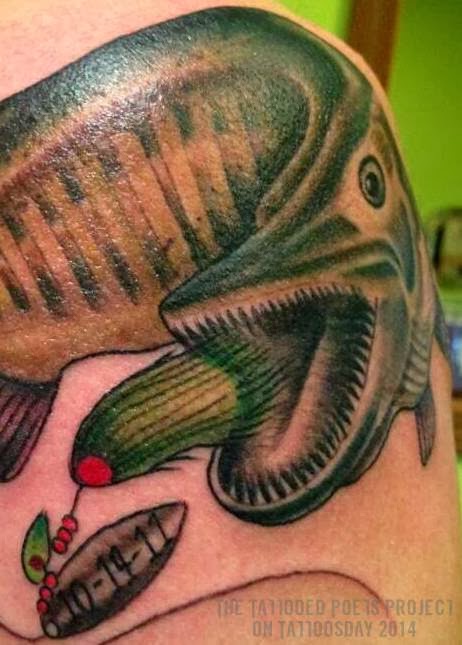 The date I caught the fish, 10/14/11 (his birthday) is worked into the spinner of the tattoo. In a related side-story, on the same day I got the tattoo, my wife and 80 year old mother both got their first tattoos as well, by Aaron at Anchors End Tattoo in Hudson, WI. My mother's was an anklet with 7 hearts for her 7 children, two of them hollow for my brother Rob (above) and sister Linda who died at age 5 of a Wilmes tumor. The artist said 'Well, not to be morbid, but what if you should lose another child, what would we do with the heart?' She replied, 'Oh don't worry about that, I'm jumping off a bridge if another one of my kids precedes my death.' That's my mom, 80 years and spunky.

So, the day I got this tattoo will always be a memorable one. My wife and mom were part of it and I love the tattoo. It's a part of me and brings me closer to my brother somehow.

Jim sent along this poem, which is a great companion piece to the tattoo:

My daughter wanted to catch a Musky
With her dad
My family has a long fishing tradition
My brothers Tom, Rob, Paul and I
Each caught a Musky
And she wanted to be part of it;
The Musky part

Now, Rob was in heaven
God called him there at age 47
To help scout Smallmouth
Because He was having trouble Himself
But when Rob heard about Sarah,
He said to God, “Here’s the deal…
I’ll help you, if you help her.”

God dropped his jaw.
“But you know that just doesn’t happen.”
Rob wouldn’t budge
“One cast.”
“They’re the fish of 10,000 casts,” God argued.
“I caught three smallmouth yesterday…” Rob said.
“But she’s using the wrong line and no leader!”
“One cast.”

Rob turned to God and winked.

Thanks to Jim for sharing his awesome tattoo, the emotional story behind it, and the lovely poem here on the Tattooed Poets Project!