I met Stephanie Berger last summer at the NYC Poetry Festival on Governor's Island. I didn't take a photo of her tattoo then, but we stayed in touch and she sent me these photos: 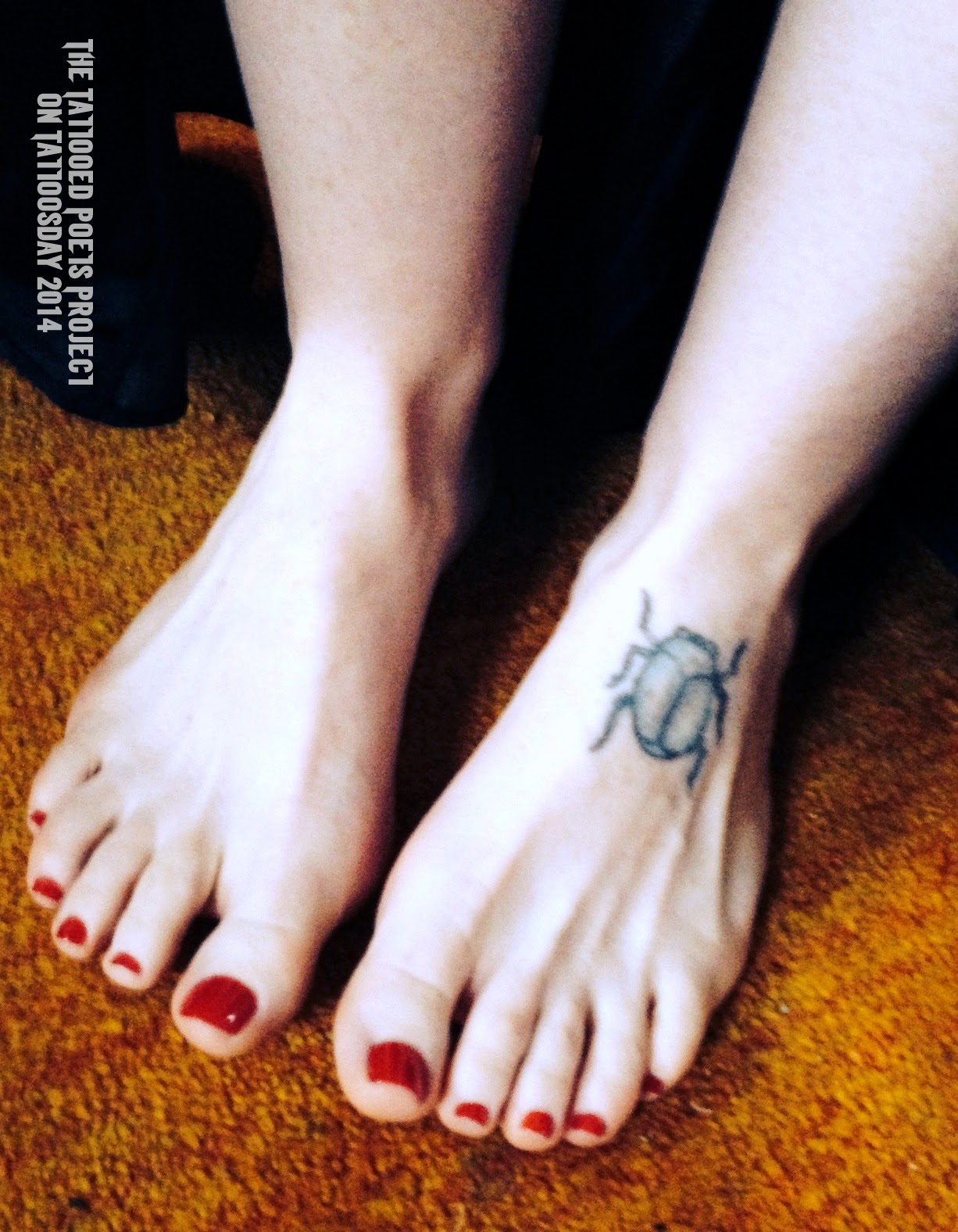 
"I got this tattoo in 2005 while my father was dying. I'd taken the semester off of college so that I could spent time with him and take care of him while he was sick. I remember lying on the couch in my dad's apartment feeling inconsolably sad when suddenly some kind of bug crawled over my foot, and my cat leapt upon it like a crazy, wild animal. For whatever reason that was the first time I hadn't felt hopeless in months. I decided to tattoo a scarab beetle on my foot because the scarab is an Egyptian god of rebirth. I got it done at some random shop near Los Feliz in LA."

Stephanie sent us the following poem, which she wrote around the same time, and appeared originally in HoboEye magazine around 2008:


Stephanie Berger is the Executive Director of The Poetry Society of New York, co-founder of the New York City Poetry Festival, and The Madame of The Poetry Brothel.  Her poetry has appeared or is forthcoming in Fence, Bat City Review, Styleite, Similar:Peaks, Smoking Glue Gun, La Fovea, H_NGM_N, Coconut, and other publications. She published a chapbook, In The Madame’s Hat Box, on Dancing Girl Press in 2011, and she has a collaborative chapbook, The Emoji Poems, forthcoming from Coconut Books. She is co-editor of the photo-poetry press, #wtfislongsdrugspress, and occasionally she tumbles over at stephani-berger.tumblr.com.

Thanks to Stephanie for sharing her tattoo and poem with us here on The Tattooed Poets Project!